We put some things into motion yesterday. Big things.

It’s time to say goodbye to something significant about the Old Vic.

Seven years of hard work…mostly not on the Old Vic. Years of planning, going WAY back before we bought the Old Vic…years of saving, making hard choices, and doing without.

Seven years of struggling to make the “right” choices…instead of the pleasant ones. Years of working on other projects…projects that paid…rather than on the things I wanted to tackle.

All that…combined with a recent bit of serendipity and we have reached a point where it’s time to say goodbye to a significant burden related to this project.

A mortgage burning party is imminent.

It may be nothing more than the wife and I toasting with a couple margaritas, eating a steak, and spending the rest of the evening ur…celebrating…but it’s imminent. 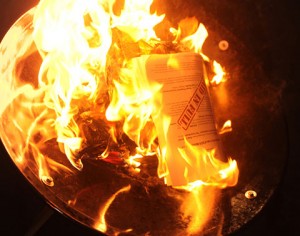 …and then the real work begins.

One Response to Time to say goodbye…