We spent considerable extra to put a high-end designer shingle on the Old Vic…enough so that we pondered and agonized…and later…questioned whether we were making the right choice. Would it even matter? Would anybody notice? Was it worth the effort and expense?

Today it was obvious that it mattered…and we made the right choice. This house is all about attitude. There’s no point in doing anything less. 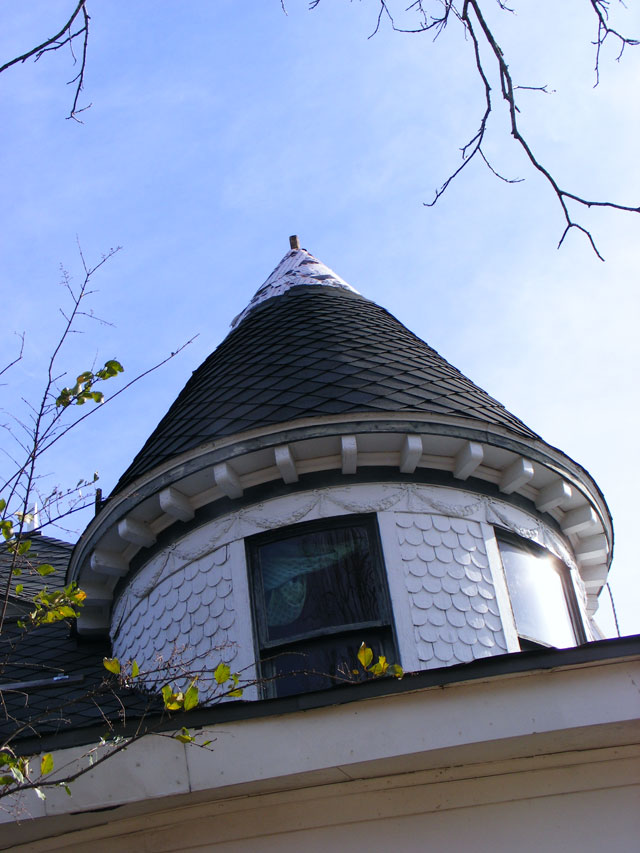 Yep…gonna be gorgeous. No question.

Sooo…what with all the construction destruction, medical crisis, multiple vehicular zoomages across large swaths of Texas, it turns out the wife and I ended up in different cities…again.

Shorty the Corgi and I ran into each other in the hall and were both kind of surprised:

I served up his dinner…which means I dumped a cup of food in his bowl. He examined it and then gave me a VERY clear, “That’s NOT how She does it.” look.

He trots to the refrigerator. I, of course, open it. He looks intently at the shelves in the door. I start pointing. When I get to the milk he bounces up and down and gallops back to his bowl.

There’s nothing quite as cute as a happy, stubby, stout, Corgi-dog galloping on those little short legs.

“Okay, say when!” and I start pouring. Just a bit more than a dribble and he barks once. I stop pouring.

And…yep…he eats his dinner. All is right with the world.

Except…clearly…I speak fluent Corgi…a dubious skill that I’m not sure how I acquired.

I’m pondering the usefulness of adding that to my resume. 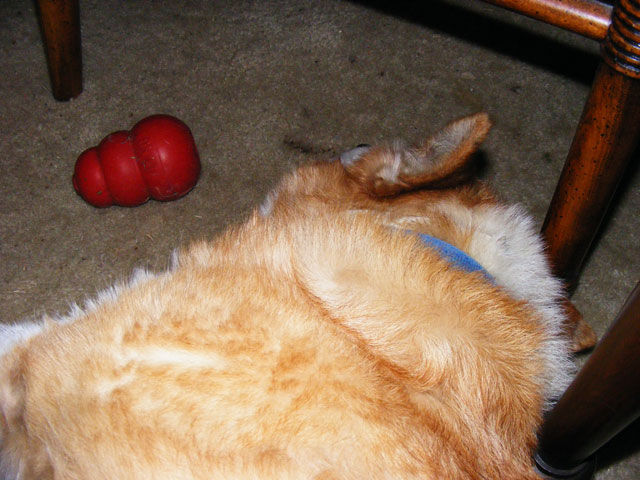 The wife’s not here…so we have a depressed Corgi-dog. 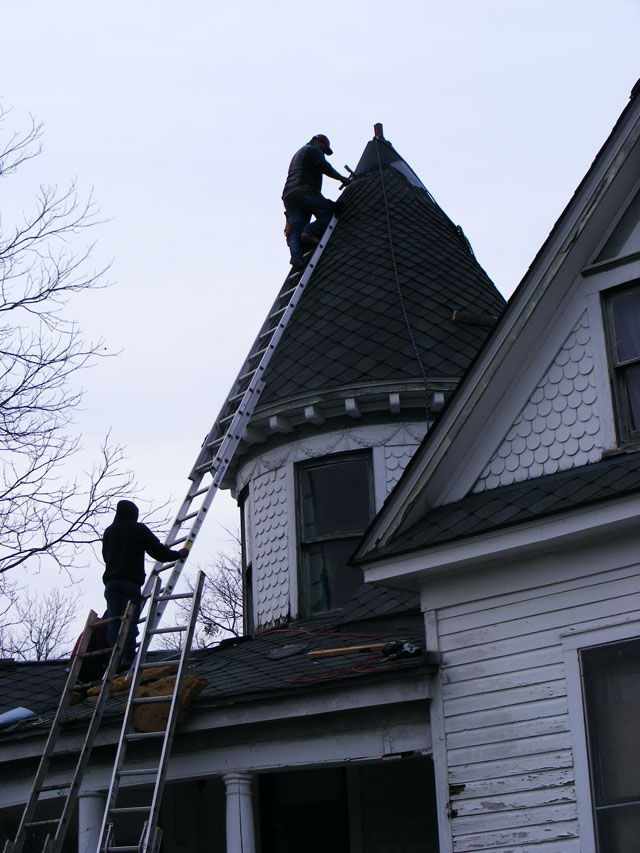 The work is difficult.

We don’ need no stinkin’ lunch…

At some point in the late afternoon (probably when my hands began shaking) I posted to Facebook:

“Hmmm…yesss….I suppose lunch *should* be more substantial than coffee and an oatmeal cookie…”

Very shortly one of my local friends supplied me with surprise sour-dough! A beautiful home-made loaf…delivered even! Woot! Thanks Barb! 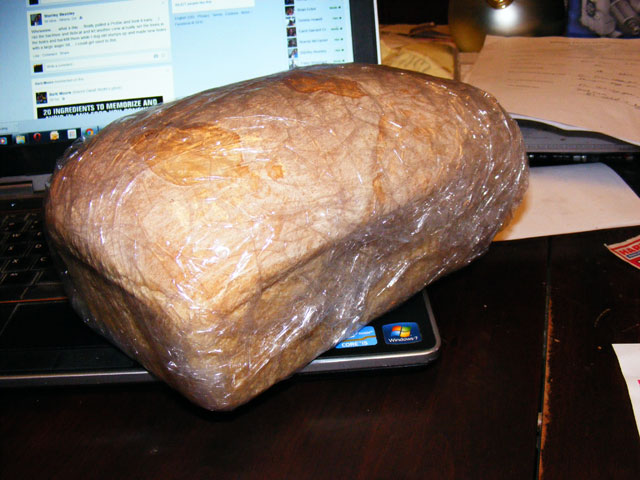 But another day is done…

The complexity of the pattern and difficulty of working “up there” takes it’s toll. The tower, cleanup, and a few other issues take the entire day. Before anybody realizes it he day fades away. 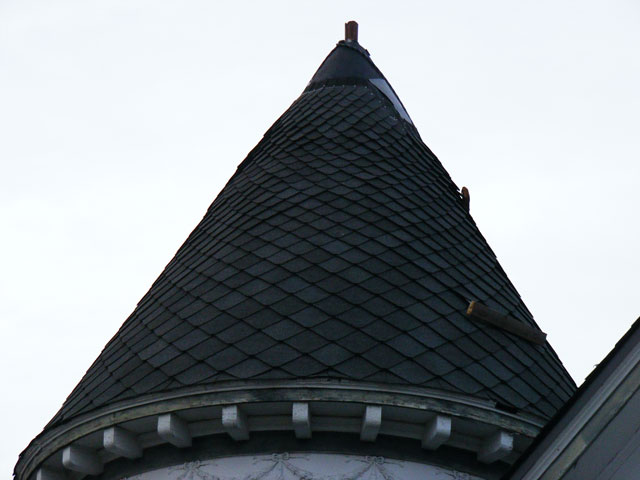