A tale of tails…

We had our first Thanksgiving dinner in the Old Vic this weekend. A pleasant weekend with family and friends.

Some relaxing days were well overdue…so I spent an awful lot of time either eating or lounging around in a turkey-induced coma and didn’t get much done to write about.

But there’s always something…

Y’all might remember Pierre the Polydactyl, Maine Coon, Hemingway cat…he and his fuzzy brother Geronimo, the caffeinated (and not so small) kitten travel with us between houses.

They LOVE the Old Vic…4000+ square feet of dusty hardwood floors, a curving staircase, mysterious attics, and secret passages keep them entertained chasing each other (and the two Siamese girl cats…another story) all over the place.

They were with us for the holiday of course…prowling about the place and taking in the wonderful smells of roasting turkey and all the trimmings (did I mention the pumpkin pie?).

We had a cold snap so the gas heaters were on. 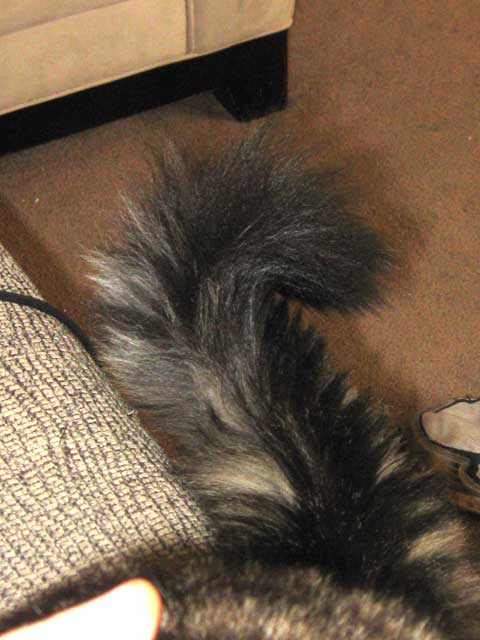 See where this is going yet?

Pierre, it seems, would walk by the heater in our room and the tip of his tail, held high yet flopped to the side, would get close enough to the hot exhaust of the heater to singe.

Then I’d spend the next few minutes frantically searching the Old Vic to find out what was burning.

Eventually I recognized the singed hair smell and determined what was happening.

His tail is so fluffy that he never noticed…he probably did it 3 or 4 times. Brushing the singe out leaves no sign…but eventually I guess he’ll figure out what’s up. He’s proud of that tail and quite vain about it.

Besides, that tail has GOT to run out of fur sometime? Heh…maybe not…I’m beginning to suspect if his fur all fell out there would be nothing left but claws…

Fortunately the tail can’t get into the flame. The only time it can even singe is when stuck against the very top of the screen while the heater is putting out the maximum.

Oh, and a side note…since I’m posting cat pics…here’s Pierre indicating that he’s not ready for me to leave for work yet…the black bag underneath contains my laptop and other work essentials…

When a 16 pound cat that’s solid muscle with at least 26 claws claims your bag, you negotiate carefully for its release. 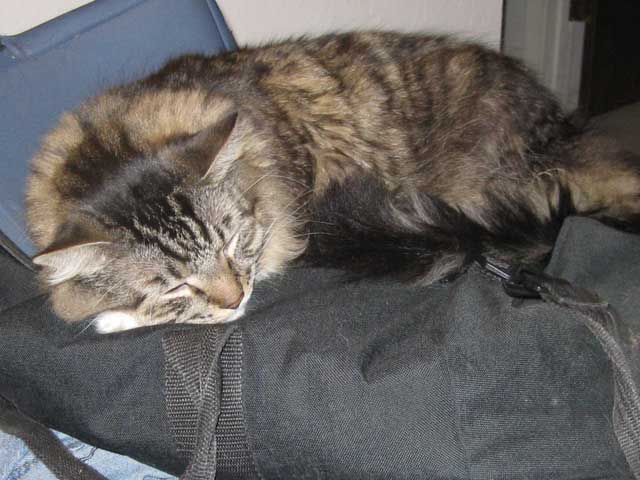 Difficult to leave for work when the cat has the bag... 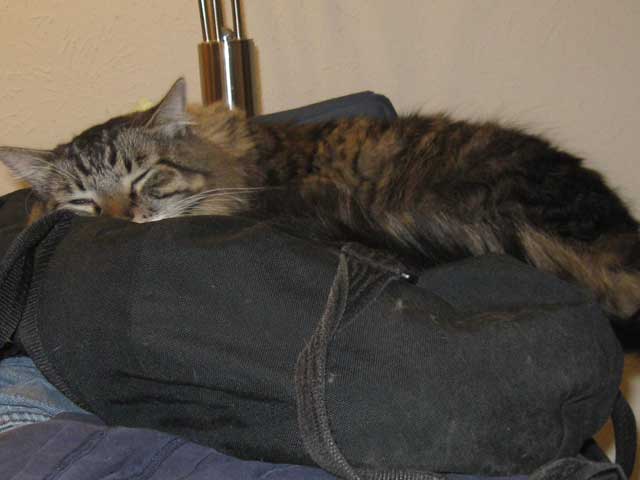 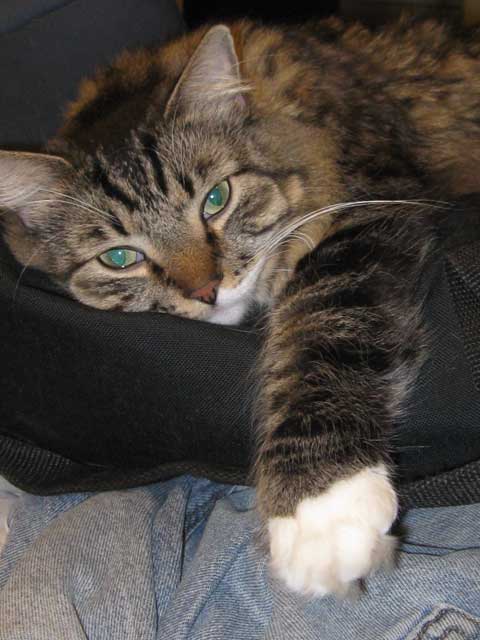