THIS was the scene: 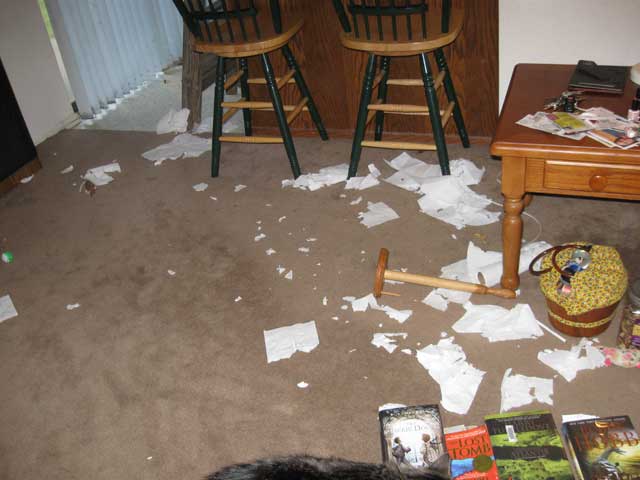 Yep. The evil paper towels of doom had been stopped in their tracks. Brutally dismembered, it was certain they would not rise again. Bits and pieces can be found scattered throughout the entire house (and in the bed, stuffed down in the couch, on top of the refrigerator etc…)

What with TWO mischievous cats in the household, you’d think there would be some mystery as to which was responsible.

Nope. No mystery at all. Geronimo Caffeinated Banzai was quite proud of his work and spent some time telling me about it.

Look at this grin! “Yeah, and it was hell of a battle.” he seems to say modestly. 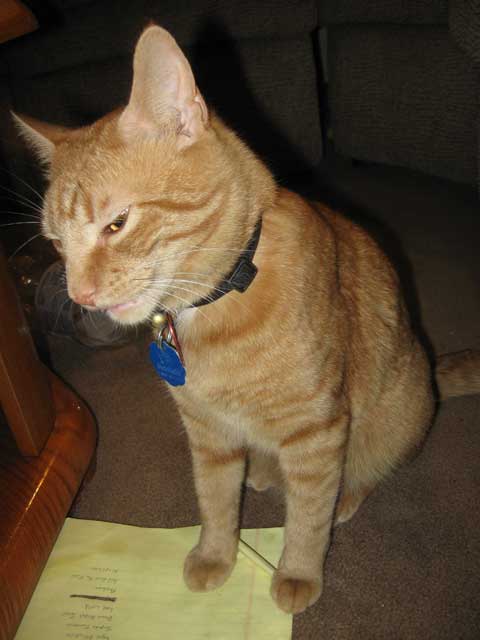 Very satisfied with his work...

He is beyond certain that he saved us from untold horrors…so it’s impossible to even scold him. The evil paper towels must…and did…die.

Also, since Pierre, his 26 toed brother, later was sighted carrying the entire remaining roll around the house there is the possibility Geronimo had some assistance.

Either way…intruders stay clear of the Meyer casa. A similar fate no-doubt awaits you!

One Response to Saved from untold horrors…