One side effect of rebuilding the window sills… 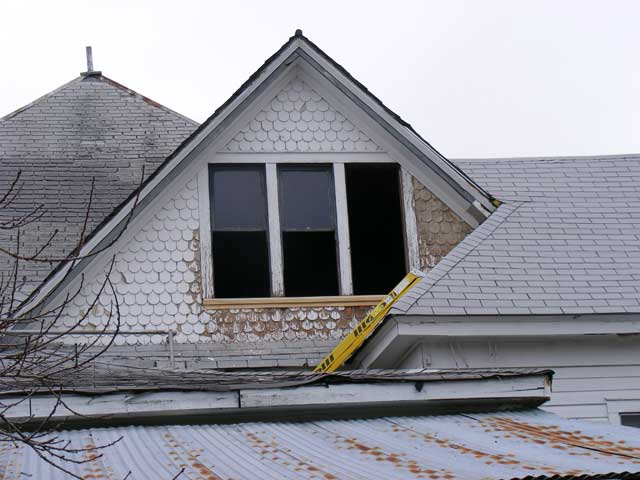 …All the fish-scale that the paint is scraped off of…was loose from the wall. It had been repaired over the years with short roofing nails…the result of which was they were sort of attached to each other, but not really to the wall.

I made one false move and those two areas (right of the windows and below the windows) broke loose, and fell to the roof below, shattering into the world’s biggest jigsaw puzzle. The worlds most interesting too, as there was no picture, heights and ladders are involved, and a nail-gun is required.

That picture above represents several hours work of laying them out and carefully re-attaching them with a nail gun.

But, in the end, I was missing a few, and a few were damaged beyond easy repair. 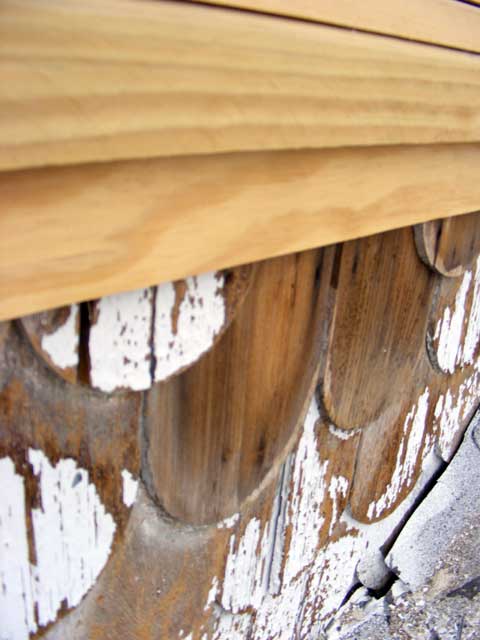 A few missing of these: 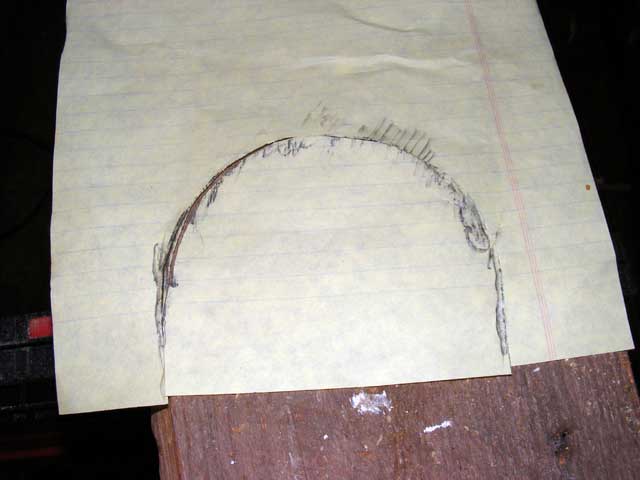 A tracing and cut-out as such: 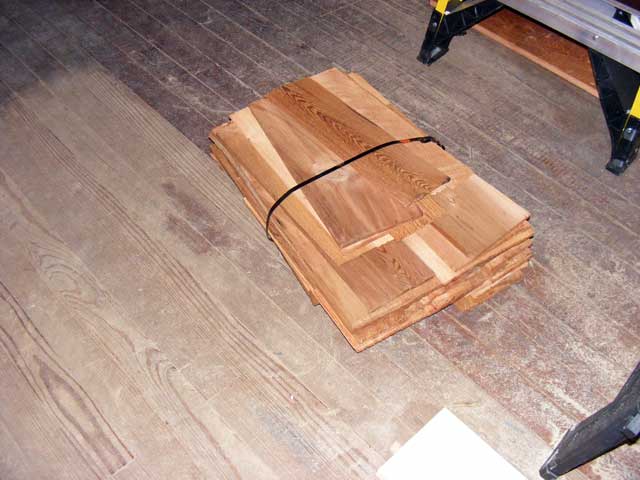 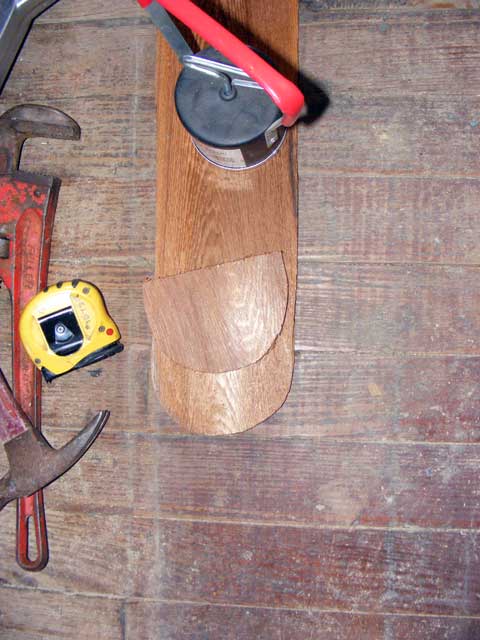 And some time with a jigsaw gets you these

There we have it. I made about a dozen of the longer ones (that’s the length of one that is uncut…the cut one goes under the sill etc).

Got most of ’em nailed up, but I haven’t gotten the area primed. It was too dark for a picture. Once I get it primed up I’ll shoot a shot.

Rigid has a lifetime replacement on their tools…but they won’t replace this one, as they claim I couldn’t have bent it like that without a cheater bar.

Heh…me and the wrench know otherwise. I don’t think I’d trade it for a new one anyway. It’s like a trophy.

No work on the house this weekend. I’m in to work (at my job) for some software upgrades all weekend.

Hopefully I’ll get the dormer primed and the first set of sashes complete next weekend!