The Riddle of the Sphinx? 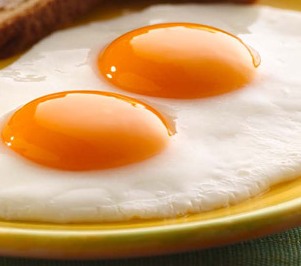 She plunked a plate of bacon and eggs and a glass of iced tea in front of me and I smiled. I was enjoying the service…and the server.

With difficulty I brought my gaze up to meet Her eyes and said, “Mmmm. Looks great!” My comment was plainly more admiring of Her than the plate of food.

Yes, I was flirting. Openly. The slight blush and little swing of Her hip as She moved showed She was returning the favor. Man those wonderful curves!

She was wearing panties and a loose t-shirt draped off one shoulder and nothing else but a smile. I reflected yet again that in all my years and all my travels, this was, hands down and every time, the best place I’ve ever had breakfast.

The night before had been interesting too.

Yeah, you may have guessed. This was not some “hooterish” exotic breakfast place…though, come to think of it, that might be the next multi-million dollar idea (be sure and cut me in). Chicks and Jacks? Perky’s? Hot Buns? Sunny Side Up? Mmmm. Dunno. Needs work.

Ah, yes. The place. Well, we were home, and it was the wife’s turn to cook.

I picked up my fork but She hadn’t sat with me at Her own plate so I paused…focused my attention back on Her. Her smile had faded. She was watching me with a pondering and troubled look, Her hands clasped uncertainly in front of Her.

I raised an eyebrow. “What?”

My first instinct was to run.

Listen up guys…if you’re in a relationship long enough, you’re going to get the occasional question of this sort…the instinct to throw a smoke bomb and bolt is probably a good one, but vastly reduces your chances of finishing breakfast…or getting laid later on.

That’d be TWO strikes against having a good day so other options should be explored.

So, running is out…an answer it must be. Smoke bombs stain the furniture anyway.

There IS an answer…but the trick is…the answer is deep and delving and requires years of introspection and explanation…AND that’s not what she’s looking for at that moment. Contrary to the modern tripe being pushed at us from all directions…men and women are vastly different critters…besides the obvious plumbing, we are also wired differently and the operations manuals aren’t even in the same language. With these sorts of questions…there IS some emotional insecurity that has cropped up for whatever (or no) reason…and it’s THAT you respond, not THE response that really counts.

But as always…with your lover…I recommend blunt honesty. The quick answer, without the introspection and deep explorations…will be all at once woefully inadequate, distinctly you, and with a little later pondering, deeply meaningful.

Besides, she will at least, recognize your earnestness.

I managed not to panic, reached out, spun her around, swatted her on the rump, and meeting little resistance, pulled her and all those wonderful curves into my lap and kissed her soundly.

When I let her up for air I had my answer ready.

“I love you because you have a cute butt and you bring me bacon.”

Yeah, deeply meaningful. Sheesh. Pretty sure those damn curves carbonated my brain. I am a guy yanno.

At least it was earnest. The kiss had left her gasping.

Whatever…it worked. She was smiling again and I got breakfast AND later…ur…well…had a great day.

Well…unless she asks you if that dress makes her butt look big. For that one…throw the smoke bomb and run.

I’ll see you on the road.

One Response to The Riddle of the Sphinx?