…and the beat goes on

I’ve used this machine a thousand times. I do my bit to get it started and go away for a while.

Try again. Come back later. I’ve now got a pot of HOT water. Yah. Ya gotta actually PUT coffee in the machine as well. At least I put in the filter.

Add coffee. Take shower. Come back. STILL have a pot of hot water. Oh…yep. I suppose it would help if I poured the water back through.

I resolved that when I ruled the world…ya wouldn’t have to actually MAKE coffee…before you’d HAD coffee.

I also resolved to NOT use any power-tools today.

Day 2 dawned with the gorgeous weather predicted…as expected. It’s rare to get a 5-day window of predicted weather in Texas with ZERO percent chance of rain…but when ya do…it generally holds. Most of our forecasts end up reading something like, “Sunny with a 50% chance of widely scattered severe storms.” Today was typical Texas in at least one department…it was below freezing this morning and expected to climb into the upper 70’s by evening. A fifty degree temperature swing. Sheesh.

In the quiet before the crew arrived I found myself standing in the middle of the street, drinking my coffee and gazing at the north side decking. It seemed to calm my nerves…seeing just how much progress they had made. 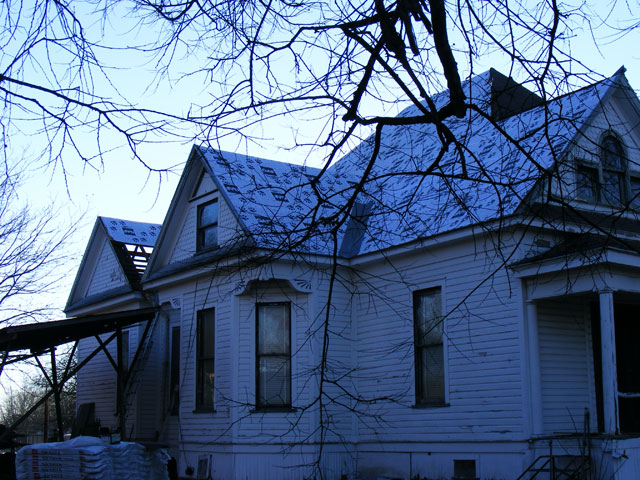 Of course, all I had to do was walk around to the other side of the house to see the carnage. Within ten minutes of arrival and before I’d started my second cup of coffee, the crew was hard at work. 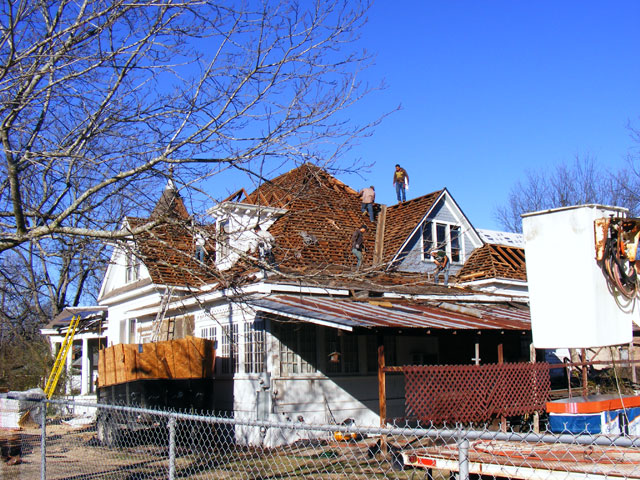 Tearing up the Sunroom

Our decision to completely re-deck the place was vindicated again over the Sunroom…as the guys simply peeled entire 4×8 sheets…complete with shingles…off the roof and carried them away. 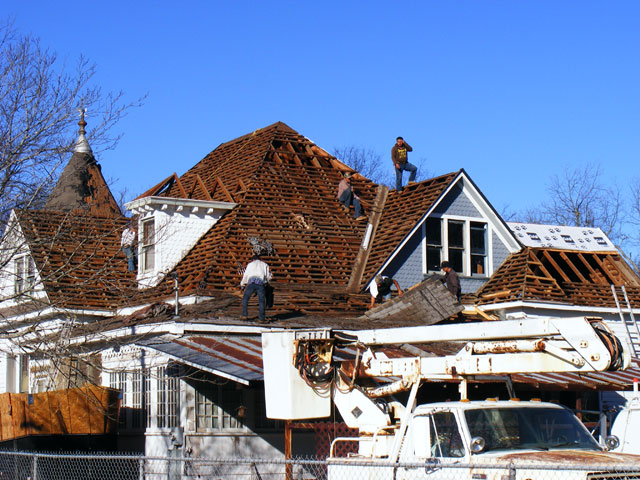 With even *almost* properly applied decking…this simply shouldn’t be possible.

…and carry it away.

I had some issues to deal with for work (on the computer) and then had to run uptown for an errand or two. When I got back I peeked around the north side. They were already shingling! 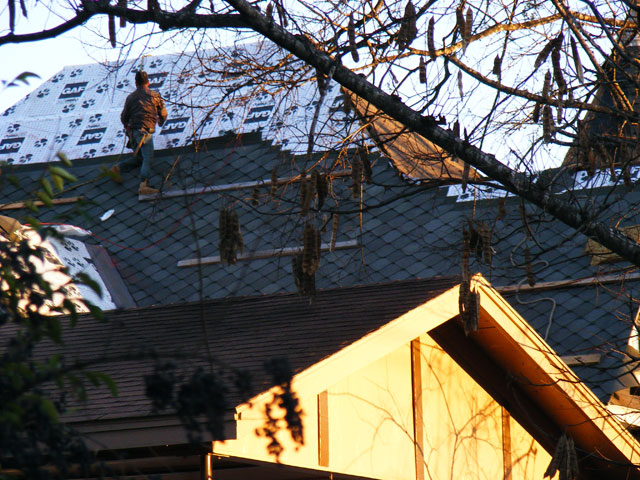 We spent considerable extra $$$ to put a premium shingle…premium meaning both durability and attitude…on this house. There was no way I was going back to cedar shake (here in Texas, we call cedar shake, “kindling”) but we wanted to have a Victorian look or attitude to anything we do to the house.

This caused considerable anxiety as well…it made choosing a roofing company much more difficult (most didn’t even want to discuss specialty shingles), and the difference between “good enough” and “awesome” is a considerable amount of dollars.

Would it be worth it? Were we making the right decision? It’s just a roof after all. 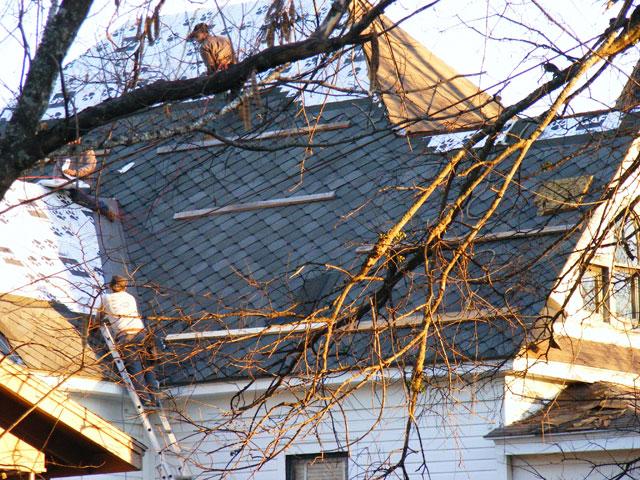 One look at the shingles going down and we KNEW we’d made the proper choice. It was going to be stunning!

It seemed I only blinked and suddenly…the east side AND the sunroom were decked. There was some structural repair over the sunroom and kitchen that were addressed in this process as well.

East side and sunroom decked!