A bunch of guys…a bunch of money.

Paid a bunch of guys a bunch of money to use a bunch of glop to seal a bunch of cracks in the roof of the Cupola building yesterday. I simply could not get the time to get up there (it’s a huge roof…over 25′ x 100′).

These roofs always shift around and need reasonably constant attention. With the major hailstorm, then the intense summer we had, we ended up with lots of small leaks.

The glop they use costs around $8/gallon and they used a lot (several 5 gallon buckets), especially across the back of the building, so I probably got off pretty cheap.

Now was not the time though. Money’s tight and we’ve already been hit hard by other issues. That and the property taxes and insurance due…oh…about now…on pretty much everything is catching up to us. 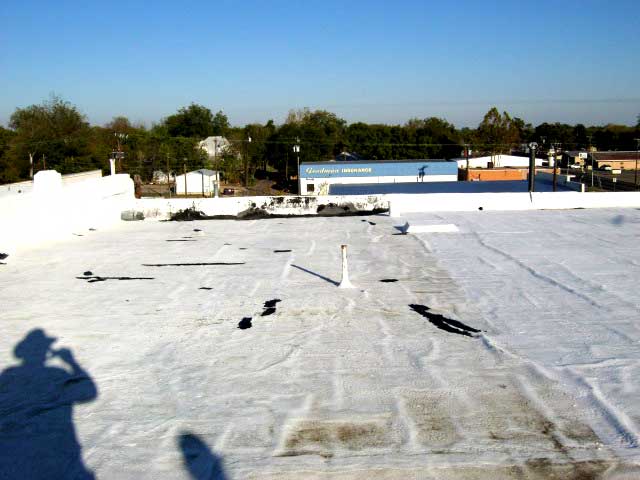 I can reasonably expect to get several more years service out of this roof if I’ll coat it with roof coat and go around it annually and touch up the cracks.

I think I need to sell a lot more art/books to pay for it though!

Sigh. Only money I guess. Don’t suppose y’all will line up and buy a bunch of books? Now would be the time…oh, and Christmas is coming up! You could knock out all your shopping on one place!