Went to back the Left-handed Fargle-snorker out of the yard to mow the grass around it…was just a bit surprised when I put on the brakes and there was nothing there. Nothing gets the heart going like a big truck rolling down the road with no brakes.

A bit of creative driving and all was well.

Did the standard checks. All the fluid had leaked out over the last week.

Sigh. Remind me to tell you about “The law of conservation of mechanical maladies” sometime…it’s part of the laws of thermodynamics methinks…as in, “Mechanical problems cannot be created or destroyed…but they can be moved from one location to another (theoretically at speeds exceeding .999C).

See, I had JUST fixed the durn lawn mower…I’ll bet the micro-second I finished tightening the last bolt, the brake fluid went “blooop” out of the truck.

Anyway, leaking wheel cylinder…and I don’t even have a jack that’s rated to pick the 15,000 pound truck up…and the budget says I’m not gonna buy one soon.

But the Left-handed Fargle-snorker has feet…

Use the feet…lift ‘er up… 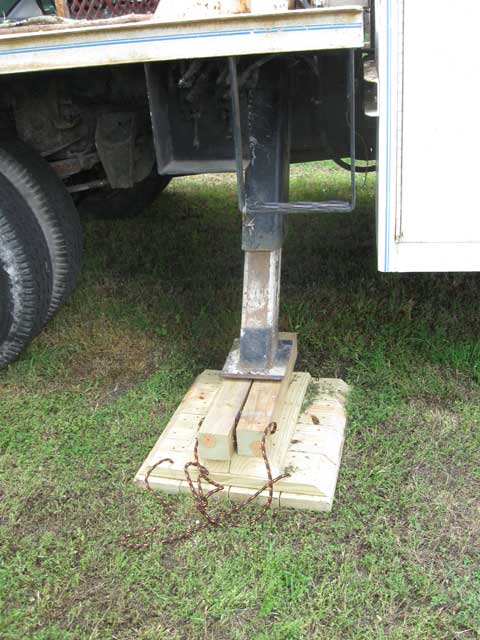 Feet goes down. Truck goes up.

Unfortunately, that lifts the back wheel (I got it nearly a foot off the ground).

Moved the boom…shifted the weight… 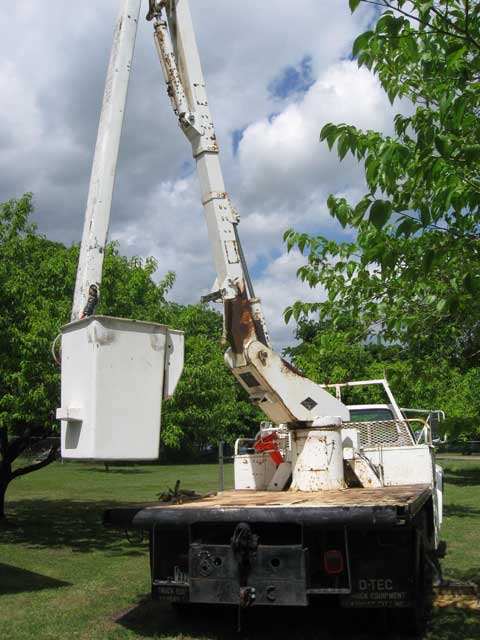 And now my measly 2-ton floor jack doesn’t even have to strain to pick it up. 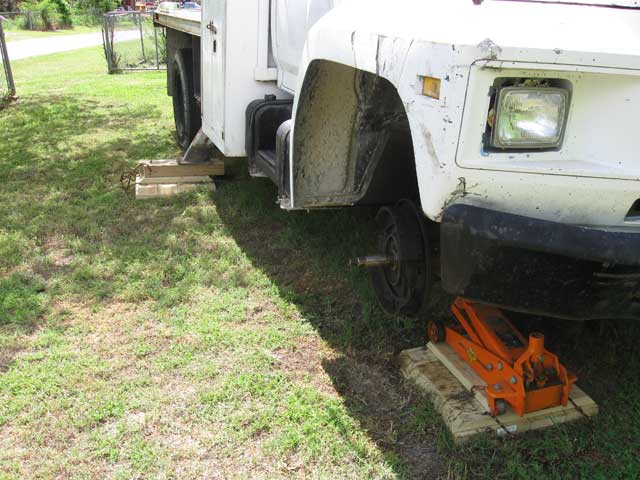 Biggest hub I’ve ever had to pick up…but it came apart easily. 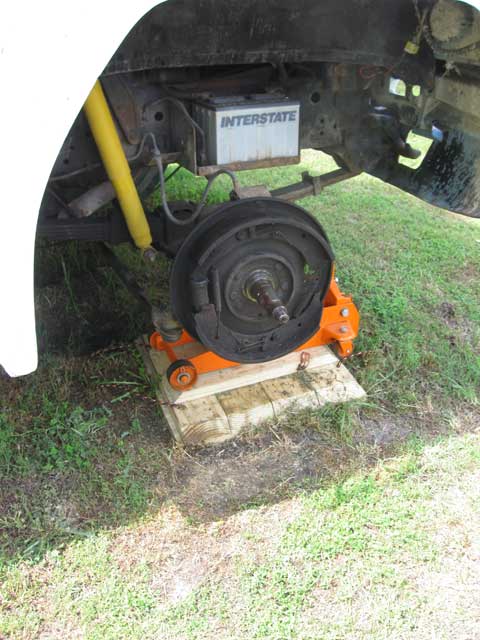 Just like any other front drum brake I’ve worked on…except with nicer adjusters and there are two wheel cylinders…the front (also called “lower” as it’s downstream of the other on the line) was leaking. Ordered both. Got them today.

Will put ‘er back together Saturday…

More pics then I suppose. I need the boom to nail about a billion cedar shakes on the tower…

I just hate to think where “The law of conservation of mechanical maladies” is gonna strike about the time I finish bleeding the brakes. No ill wishes to anybody…but I hope it goes further away than anything I own or maintain!

One Response to Brake it.