A tale of how a motorcycle ride, in a completely unexpected way…suddenly took me home.

Some would say I got myself into it…that I shouldn’t have been there. They could be right I suppose…but then, where would I have been? And what would I have found at that place instead?

It had been a long, hot day. It had started out as a short run to meet some friends for lunch, but afterwards I continued on, alone, into the summer afternoon.

The Dragon and I…the complicated man and the sophisticated machine…blood, bone, muscle, and steel, one with each other and the road, riding, carving, flying…

Seeing it all. Tasting everything. Overwhelming detail with volume, yet experiencing both down to the depths of my soul, washing it free of the dust and staleness of everyday life.

This is what riding is all about.

Eventually I realized I’d better direct what had become an endless flight back toward my home turf or there’d be no telling where I would end up. There is a wife that may worry about me…and it helps that when she does call and ask where I am, that I actually have a good idea which state I’ve ended up in.

It’s amazing how often that question comes up…and how often I’m not entirely sure of the answer. I’ve occasionally taken to guessing.

A glance at the odometer told me it was time to find fuel for the machine again, and I suddenly realized that several hours had passed since the lunch…and that the colorful square crackers I’d scarfed up at the last gas stop (I’m pretty sure they contain absolutely no “cheddar cheese” despite the insistent label) have not done much to sustain me. Eight or more Cokes over the last 3 gas stops and the day’s intense heat had taken their toll as well. I raised a hand in front of my face and tried to hold it steady. The harder I tried the more it shook.

Yah. Time for a break and a real meal.

There’s a method I use to find good food in small towns that I’ve written about before. If you’re hungry, and in a small town…simply ride a couple or more main streets and look for the place that’s packed with pick-up trucks. That’ll be a good place to eat. This has resulted in countless tasty and affordable meals for me over the years…and I don’t think it’s failed to deliver more than maybe twice.

In this case, it was a small Mexican Restaurant on Main Street and near the edge of town. I’d already fueled the machine so I turned down a side street to get into the parking lot. A couple other vehicles were exiting the lot and blocked my access, so instead of stopping in the street and waiting, I shrugged and continued down the block. I like looking around small towns anyway, and this particular town was simply overflowing with cool old buildings.

I would simply do some sightseeing and turn at likely looking streets until I found my way back to the food.

I didn’t make it very far.

Shortly, the street I was on dead-ended into a cross street.

She was there…on the corner. Standing there with a regal air of dignified neglect. Her looks and pedigree obvious and impressive despite her age, even by my standards.

There were signs that despite her upbringing that she could be had…for a price.

I knew it then. I was even more sure an instant later when, staring at her, catching my breath and mesmerized by the sight, I suddenly cursed as I ran the Valkyrie past the stop sign, locking the big machine’s brakes and nearly running it into the yard across the street.

Feet down, tires still smoking, I turned to stare at her again. Yep. I was right. The signs were there. She could be had…for a price. She needed help, and soon. That would drive her price lower.

“Oh crap.” I mumbled, already knowing what I was going to do. “This is going to cost me.”

I’ve often been told to “know thyself”. I’ve been told that so often, that I’m no longer sure just who said it…or when and why. It seems to be part of the popular culture, now that I think about it.

Seems a noble quest anyway. I’ve striven to “know myself” for years now. I may be making progress. The days seem gone now, where my actions or reactions have surprised even myself.

But what if that’s not a good thing? What if, by “knowing myself”, I’ve taken all the need for experience out of life? Since I know, for instance, how I would react in a given situation, I need not seek out or experience that situation, yes?

On the other hand…it could save me same pain…some hardship. “Knowing” what could effect me and how, well, I could change my behavior and avoid that situation.

Heh heh…or perhaps not. What if, knowing made not the slightest bit of difference in the outcome?

Having fallen off a cliff for instance…knowing that a fatal “splat” is at the end of the plunge, might just put a dampener on the fun part. Human flight is a dream of nearly all. What if I completely missed that experience simply because I “knew” what was in store for me at the end?

What, precisely, then, would be the benefit in knowing?

And what if…by “knowing” the outcome…I influence the events to the point where there is ONLY that possible outcome?

Experience…and knowing…suddenly seem to me to be a limiter…a cage…a prison of diabolical design…and one I’ve been fool enough to build for myself.

And today I see that as progress.

But perhaps I digress.

I never did make it back to the Mexican Restaurant. I still need to…I’m sure by the volume of cars in the lot that it is quite good.

The Lady on the corner was a massive 100+ year old Queen Anne Victorian house. She was obviously vacant but in reasonable condition. Her lines and upbringing still very obvious, her structure sound. She could be had for a price alright; the “signs” were real-estate signs. She was for sale. She had a tower.

I stared a moment or two more (or perhaps it was an hour) and then left town, eastbound and fast into the approaching night, determined not to look further…to put her out of my mind. Sure I could help…but the time wasn’t right. It was too soon. Or too late. Or too far…or perhaps too close. Nope. I couldn’t. Well, yes I could…if I was honest with myself about it. Sure I could. But I shouldn’t. Nope. That was that.

I lasted nearly two months before I typed the Realtor and location into a search engine. “It’s okay to look now.” I told myself. She would be far, far out of my price range. She would be too far gone. She would be long sold already.

“Ohhh, crap.” She was still listed. The condition was better than I expected. The price was easily within reach. The serious problems precisely fit my skills and strengths.

I showed her to the wife. “Hey honey, look at this…”

She would set me straight. It’s not time. It was too soon. Or too late. Or too far. Or too near. Right?

We closed on December 1st.

Ah well…I’ve gotta ride…and ride hard…but I’ve gotta come home too…and home should at least be as interesting as the people in it.

I can guarantee you this one will be. 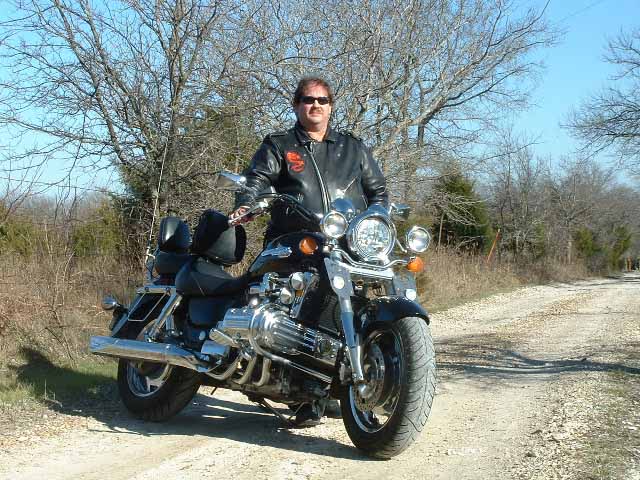 Wandering the backroads of Texas