Soo…went by the NAPA boys…have I mentioned that they absolutely rock?

Anyway, got the Hydro-vac vacuum booster for the Fargle-snorker…at least, I *hope* I do…

There are two different ones, ya see…and the only way to tell which it is, is to look at it. Sooo…I got the one I *think* it is…from memory of what lines were hooked up to the one on the truck…but there is always that niggling doubt…and I won’t be able to check till this weekend.

Anyway, the NAPA boys (I *have* mentioned that they rock, yes?) got me a good price, waived the core charge if I promise to bring the old one back, and told me I could exchange this one for the other model if it turned out I got the wrong one.

Only problem I had so far is it came in a giant box! Wasn’t expecting it to be quite that big so it was a challenge to haul around on the Valk… 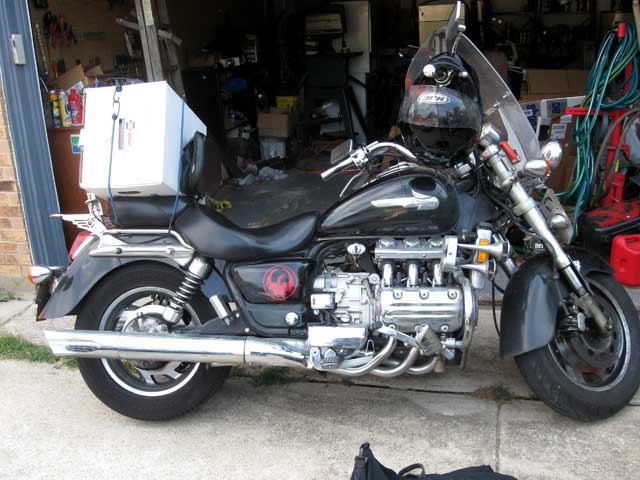 Hauling a big box on the Valk 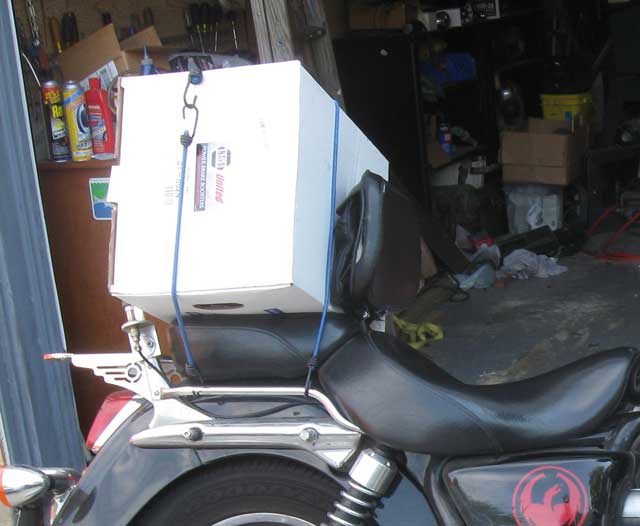 Big Honkin box on the Valk 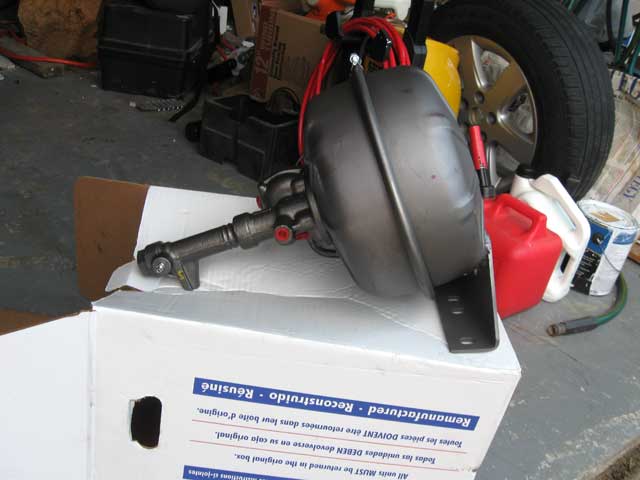 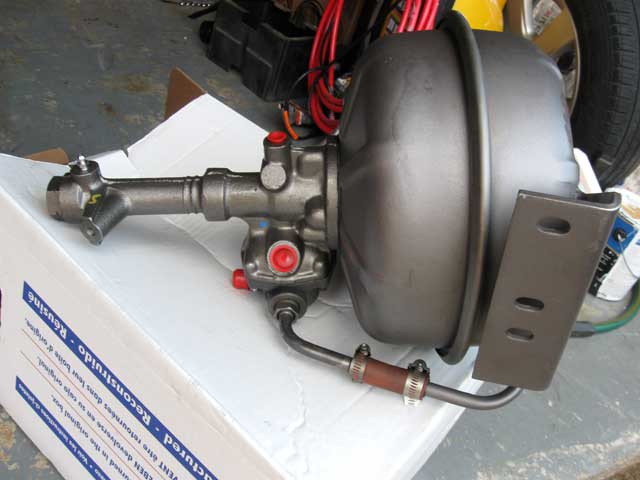 The only difference between the two models is this one (the single system) has one output that goes to a distribution block, and the dual system has two outputs that then go to a proportioning valve (which looks remarkably like a distribution block).

I only remember one outlet line on the one under the truck, but I am of course, not 100% sure. I should have taken a picture or actually removed the unit (I was too disgusted with the entire process to work on it any more that day).

It’s 50-50 that I got the right one…or it was till I actually picked one…then the odds probably went against me by about 80-20. That’s just the way the “law of mechanical maladies” works in the world.