Oh, it’s ON. The battle for territory has begun. I wiped out several of their advance scouting posts this winter…here and here for examples…but the battle has begun in earnest now.

Warning…graphic waspy carnage is ahead…

Can you almost hear The Ride of the Valkyries playing?

Can you smell the napalm wasp spray?

Yes, spring is here in Texas. Heck, it’s the middle of March, summer is practically upon us!

As such, the battle for world domination has begun.

On one side, you have me. Big. Lumbering. Climbs all over the house banging on things with various noisy power tools. Intensely allergic to insect venom, especially wasps.

On the other side, them. Wasps. Hornets. Yellow jackets. Sneaky bastards. They like to find small holes in the house and crawl in with a few hundred of their little buddies and lie in wait for something big and lumbering that makes a lot of noise. They have an advantage. It’s been years since anybody lived here. They’ve had all that time to seek out and occupy and fortify their positions unobserved.

The battle is set. The war is on. Their weapons? Sheer numbers and venomous stingers. Painful, and for me, possibly life threatening.

My weapons, observation, knowledge of my enemies’ habits, and well, not to put too fine a point on it…ALL OUT CHEMICAL warfare baby!

The battle this time was for the north eave…shown here: 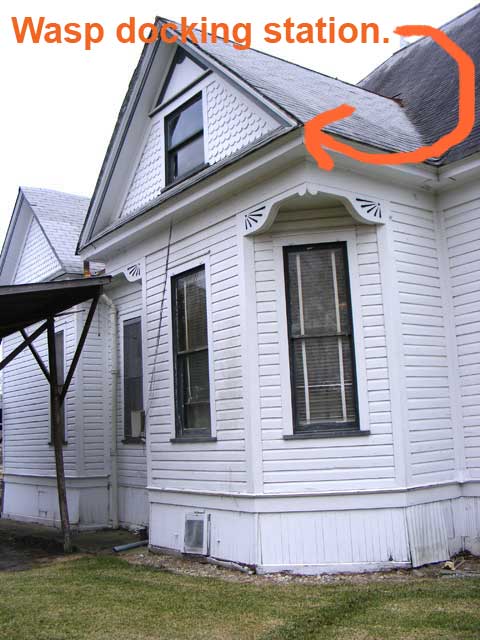 Last weekend (when it was much warmer) I observed red wasps entering the eave at the outside corner, right at the roof line. The corner leaves a small gap there.

This weekend, I attacked from behind. Cold and dark out, they were all home and unaware of what was about to befall them.

There is a small hatch into that attic from the dormer and I removed it and looked carefully. They were hard to spot, but they were there. Here you see the aftermath: 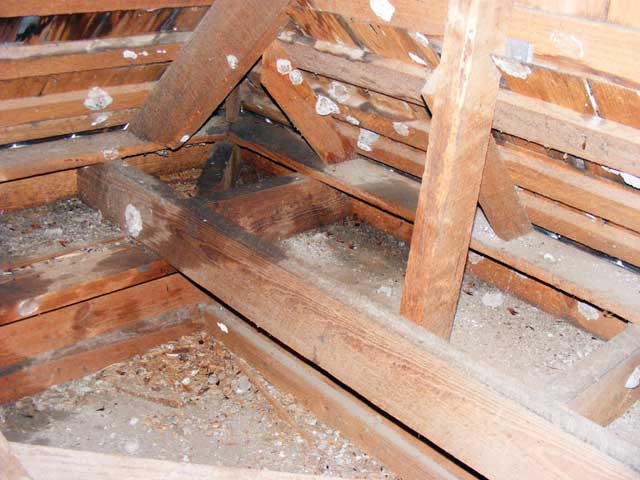 It was a battle for the ages. The house was warm enough that they were a potential threat, despite the darkness, and the nests were hard to get to. There are at least five nests and that ammo goes fast!

“Reload! REALOAD! Another can woman!” I yell at the faithful and long-suffering wife as the can of wasp spray sputters and I realize the nest that I could barely see and had first doused, was only a sniper’s post. Nests on either side of it were beginning to empty out.

The wife slaps another can into my outstretched hand, as the now empty can I tried to toss behind me bounces off my head…

I press the button on the new can. Nothing.

“Arrghhh! Safety tab! Safety tab!” I break the little plastic thing off that keeps me from firing.

“Another! Quick! Agh!” I hollered as another nest, far to the left, emptied out. Some took flight. I cut them down ruthlessly. “Die you gravy sucking bastards!”

Ammo flew with impunity. I might have screamed. Certainly there was maniacal laughter.

The fumes from the assault were beginning to even drive me back. The third can had gone dry. Note to self…by stock in wasp spray company…then buy more wasp spray.

I threw the third empty can behind me and winced as it too, bounced off my head. Three for three. Friendly fire?

I backed out of the hole, grabbed my light, and slammed the hatch shut. Then I opened the hatch and moved my fingers out of the way before slamming it shut again. Ouchies.

That was it. They are done for. They couldn’t escape now. They were trapped with their fumey, toxic impending doom and the twitching bodies of their comrads.

The ones not directly hit would soon perish from the fumes and residual action.

You can barely see some of the nests here…there were more under the other beams as well. 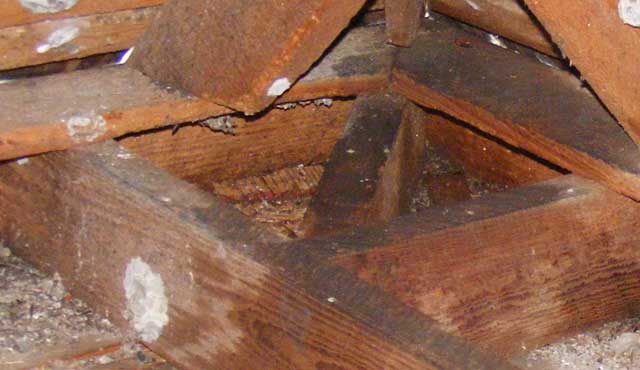 You can barely see some of the nests here

It may not look like many…but they are all over the place in that attic…a few more pics, just in case any of their waspy friends are reading. THIS, my friends, is an example of what will happen if you nest on my house. Take heed! Take heed and despair! (or at least, go nest on somebody else’s house…I’ve got work to do!) 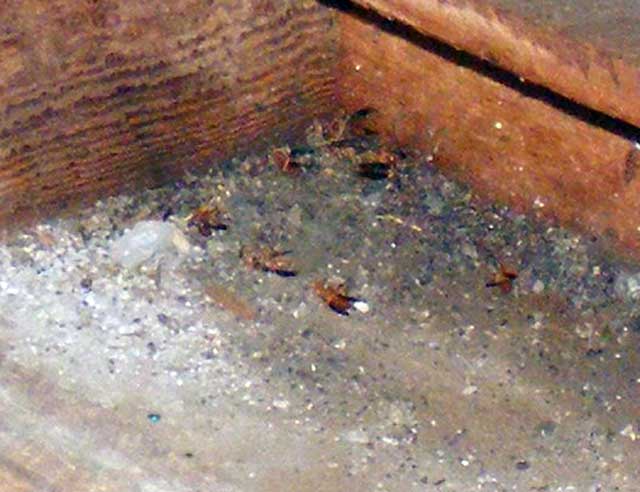 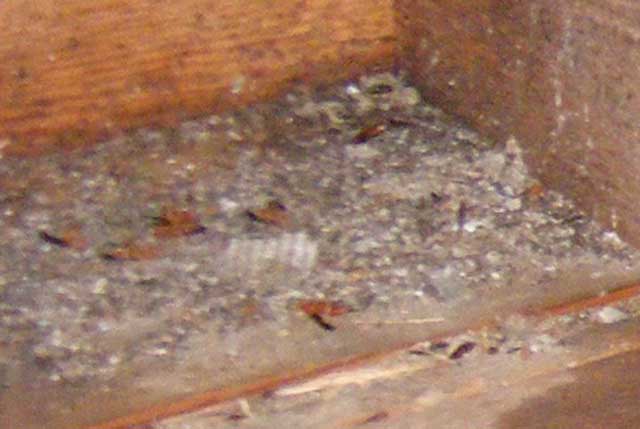 I’d have really hated to run into these guys drilling a hole for wiring or banging around in the attic with no easy escape.

(twitch) Die…they all must die…

Author. Adventurer. Electrician.
View all posts by Daniel Meyer →
This entry was posted in Wierd and Wonderful. Bookmark the permalink.