You may recall in this post that I started the railing project on The Old Vic…of course…that means doing lots of stuff other than railings.

We had always intended the deck to go to the edge of the house, but had only built part of it due to budgetary limitations…choosing to address other, more important infrastructure kinds of things first.

But…now it’s railing time…and I believe I’ve mentioned…I don’t like to do things twice. I don’t want to install railings and then have to re-do them when we expand the deck…

So…railing time turns to deck expansion time…and there’s a slight budget again so off we go!

This weekend I finished the deck extension that was needed before I could complete the railings on the back of the house. 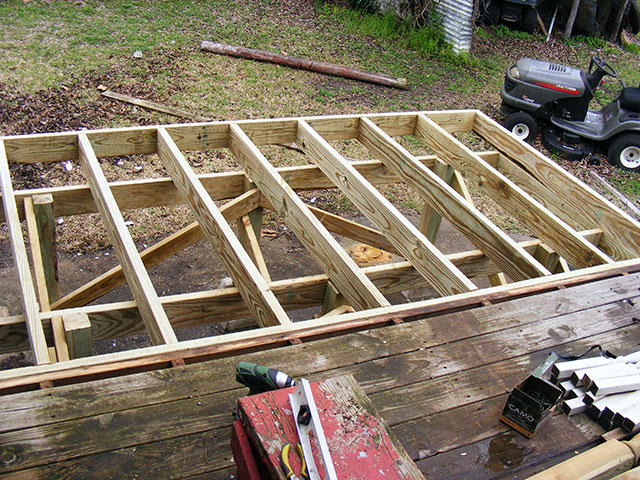 The Deck Framing…overbuilt as usual. 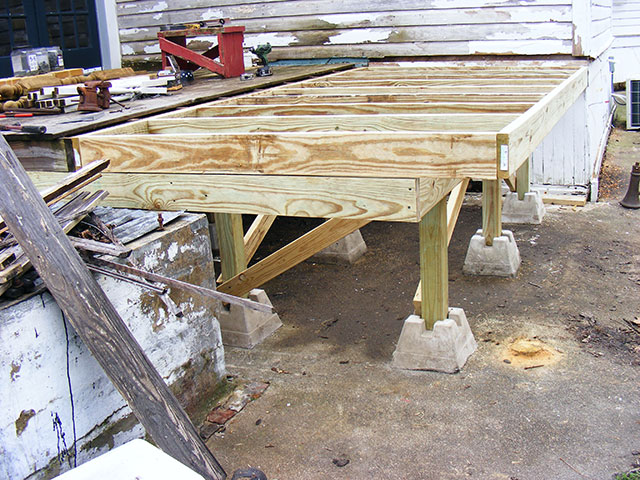 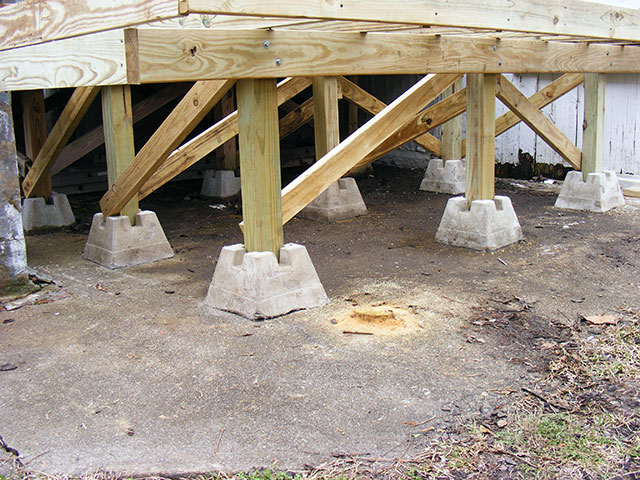 Yes, you could park a truck on this thing. Please don’t. 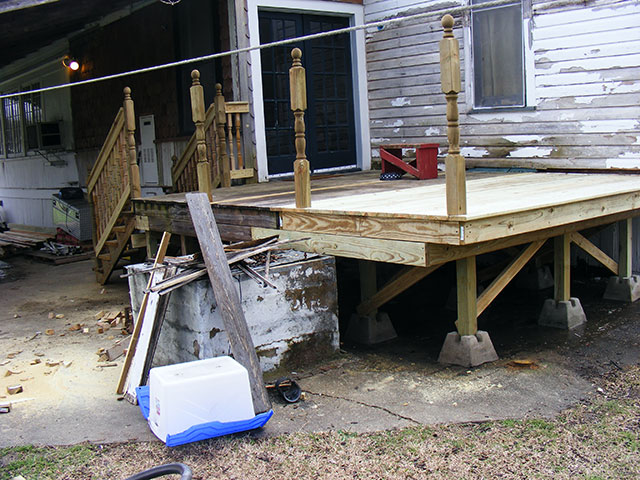 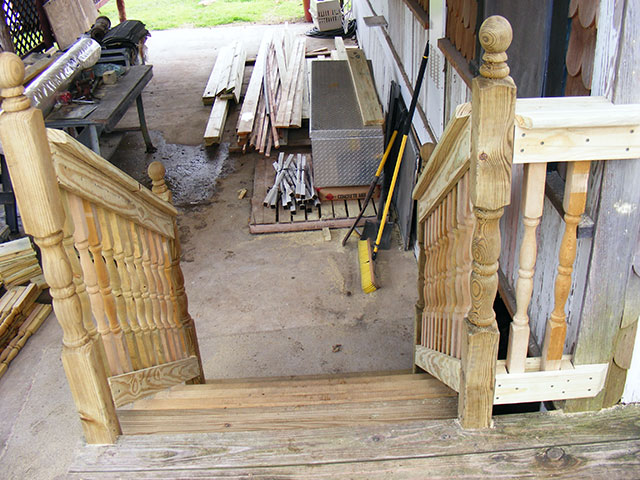 The railings are a decent look for a Victorian I think and will go well the with the columns on the front (with a proper paint-job of course). 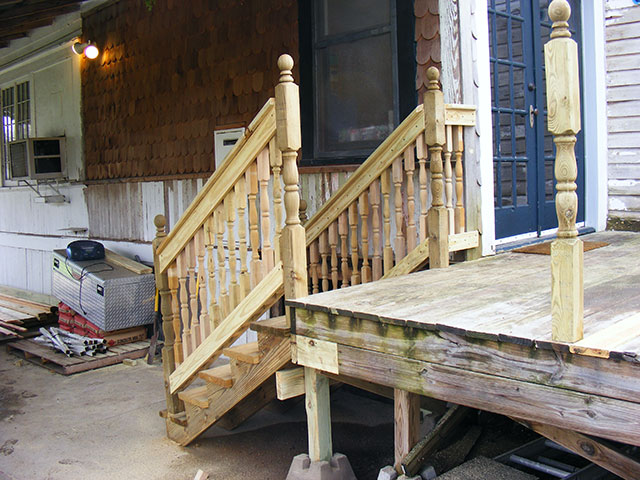 Decent look for a Victorian I think…

Hopefully I can get the rest of the railings on next weekend. 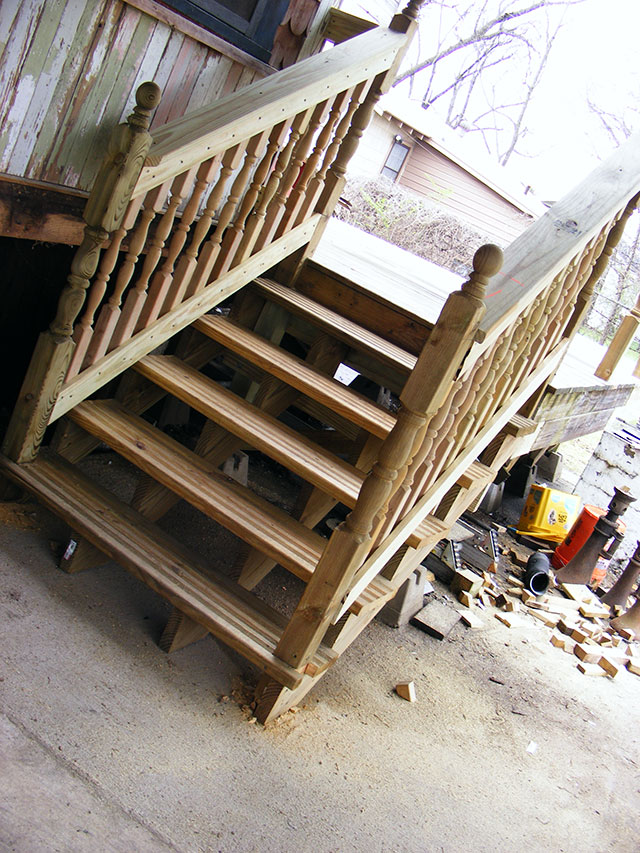 Not a bad bit of work…for one guy…between the rainstorms.

And because it has to be done…