Day 3 dawns. I am heartened by the progress. They make fast work of it…and everything I’ve seen them do has been good work. 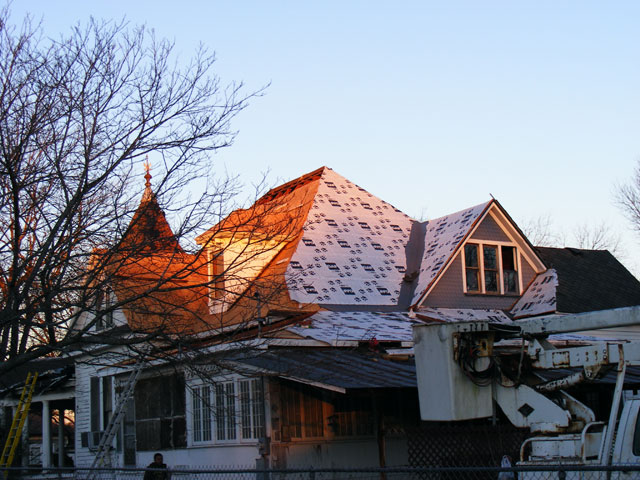 I’m frankly amazed at the progress.

I know they are approaching some difficult features though. The Tower. The Eyebrow. Lots of flashings. Replacement of the facia around the sunroom. All these “fiddly bits” will slow them down considerably. A significant chance of rain is now predicted for Saturday night and Sunday. 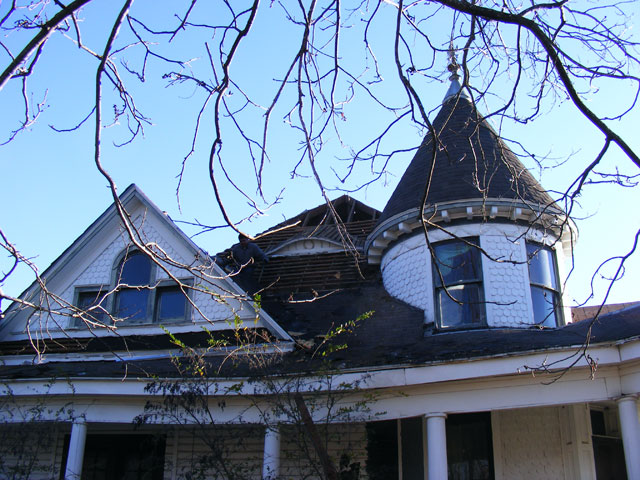 The Eyebrow. A difficult feature.

The eyebrow is a completely superfluous feature. It has no practical function at all, and as best as I’ve been able to determine, no particular symbolic significance. Seems somebody just pointed at that section of roof and said, “Let’s dress that up a bit.” 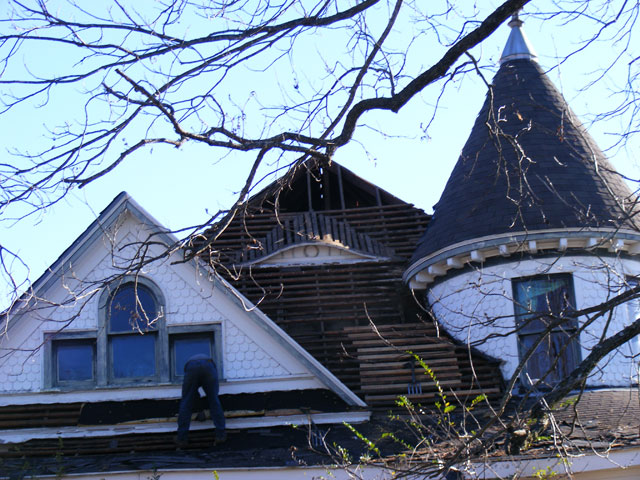 Do we even need this thing?

We could have easily removed it. It HAS to be removed in fact…to remove the rest of the lath, deck underneath where it goes, and then put it back. 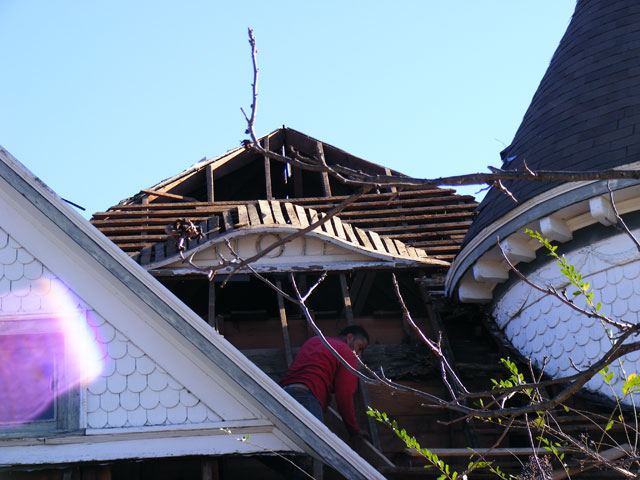 What does it even do?

The job would go faster and be less “fiddly” if we just tossed it. It would have been extremely difficult to successfully shingle in cedar shake and even with modern materials, extra care would have to be taken so it wouldn’t introduce a leak. It’s also a compound curve to put decking over.

NOT an easy thing.

Does anybody even notice it up there? 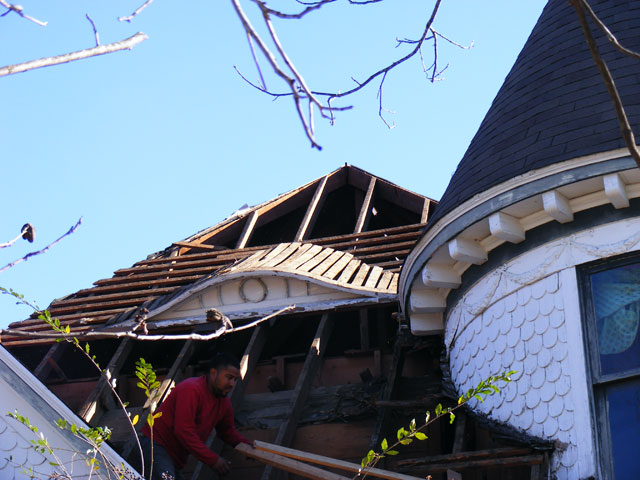 Are we the only ones that notice it?

Yeah. Easy. But, as has been shown…we just don’t do easy. Of COURSE we kept it. There was never even a serious question. This house…and the folks that built it…were ALL about attitude. How could we change that on our watch? 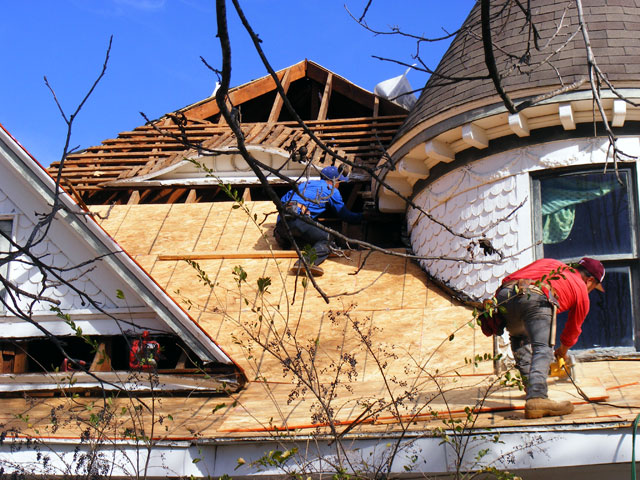 It took two guys the better part of the day to figure out all the fiddly bits on the west side…and how to deck the compound curves…but they did it.

First they decked up to it…gave themselves the working space…

Then they puzzled over it for an hour or so…

And suddenly! (I blinked) 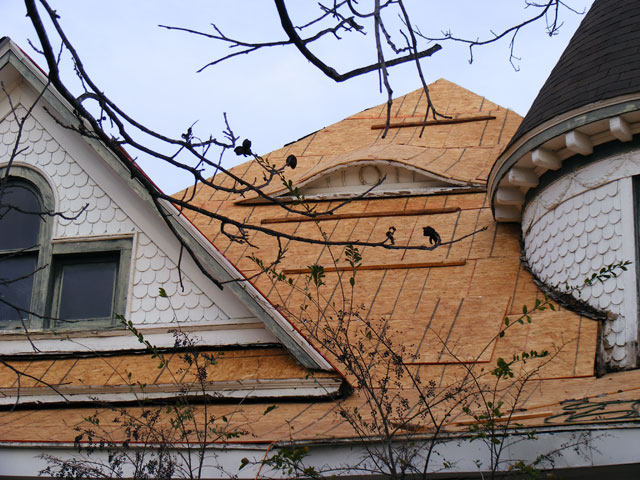 And the west-side decking was done!