Y’all might recall me and my friend Mike (also my step-dad) have been working on my he and my Mom’s bathroom. 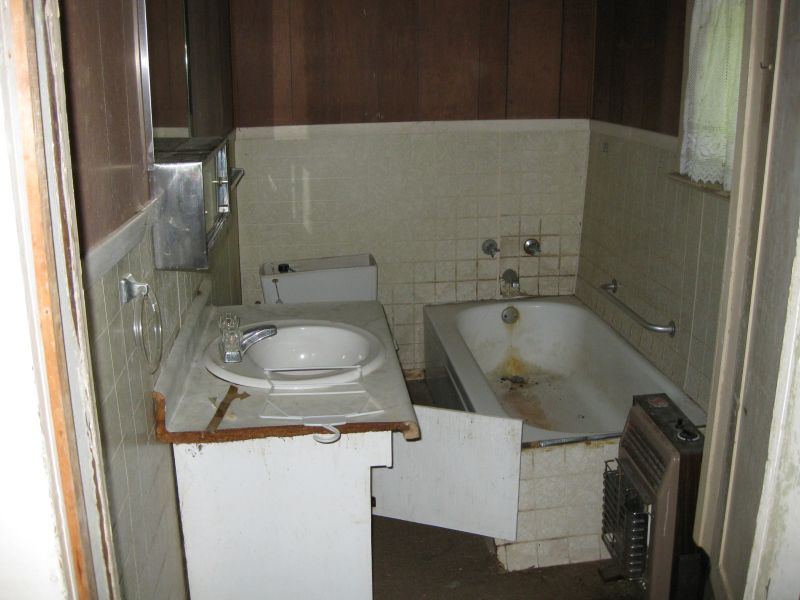 What can’t be seen here is the very pronounced un-level-ness of the floor. It was also extremely bouncy, which would turn out to be because the two supporting beams ran longways…and one was broken at one end, and the other was broken at the other end. Basically, nothing was supporting the floor but good intentions.

Other problems…no shower, and well, none of this stuff worked. The plumbing is trashed.

We started by tearing it out to the dirt. 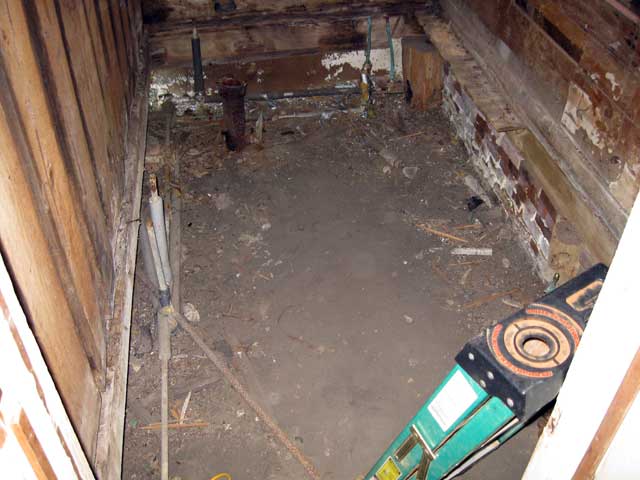 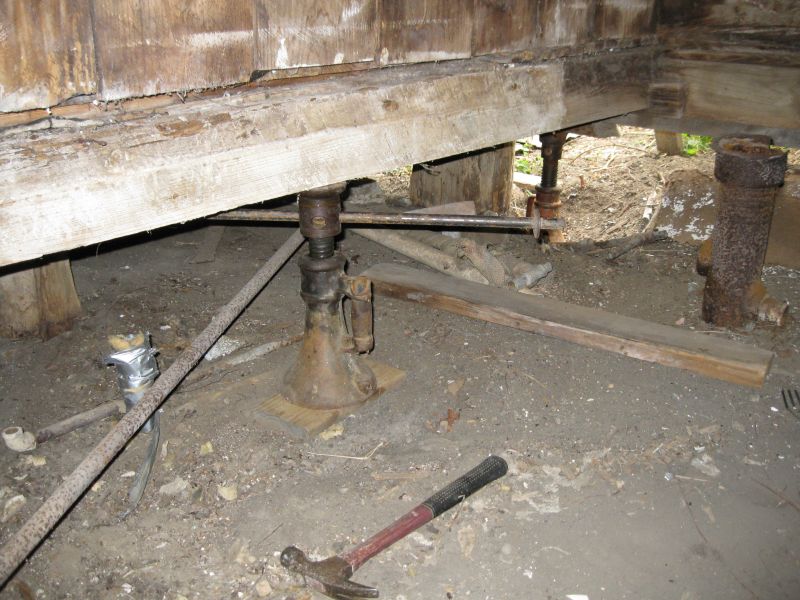 A bunch of jacking around...

Today we set the fixtures. This was a huge project…involving jacking up beams, major carpentry, and a complete gut of the plumbing.

Needs a good cleaning, all the fixtures were stored outside/dusty…and we need to hook up the fresh water…and a bit more trim and some minor caulking…but at least it looks like a bathroom! We have a shower kit for the clawfoot tub as well. 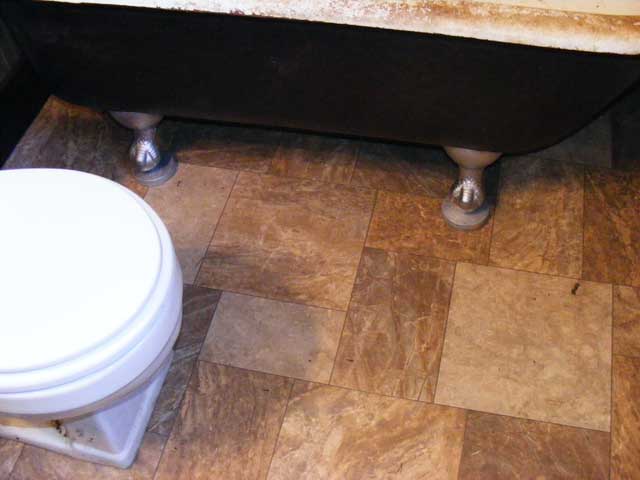 Author. Adventurer. Electrician.
View all posts by Daniel Meyer →
This entry was posted in Mom's House, Plumbing. Bookmark the permalink.

One Response to Fixtures in…