I lay on the floor beside him, providing what little comfort I could as he struggled to simply breathe, but the thought that kept clawing its way through my head…over and over again…was that ‘this is what it comes down to’; In the end, no matter how close your friends, no matter who is with you, no matter how earnest or willing your companions are, in the end we all die alone.

He was exhausted. It wouldn’t be long now. I hated knowing that.

Impotent. Unequipped. Helpless. I am a builder. A doer. A fixer. It’s a rare thing for me, that moment when there simply is nothing else I can do.

And I hate the feeling. I hate the consequences even more. Nowhere to turn. No help to summon. It’s just down to me knowing the outcome is inevitable and bad…and knowing there is absolutely nothing left to be done.

It leaves a horrible taste. It simply feels too much like giving up.

Folks often look to me to get something done. To make something happen. Expectations. Sometimes I simply cannot. Sometimes it’s beyond my abilities. Sometimes I just don’t know what to do. Sometimes there is nothing left to be done. He was looking to me for help. So was my wife. I disappointed them both.

Casper, the 22-pound Maine Coon, has been my constant companion for something over 14 years. He adopted me at my Mom’s house when I was down for a visit. This tiny little spindly kitten climbed my leg and shirt…doggedly persisting when I pulled him off and set him in the floor, returning unsteadily and looking so much like some kind of a wind-up toy that I had to laugh. Pulling him off my shirt was rather like pulling Velcro apart.

Three or four times I pulled all of his pointy bits out of my shirt (rrrrrrriiiiiiiippppp), put him down, and he came right back, climbing the same path. When I let finally him proceed he climbed all the way to my shoulder and then promptly curled up and fell asleep, purring like motorcycle running on bad gasoline. That is to say, “not quietly”. I mean, it was clearly audible across the room! His purr was bigger than he was!

His weight measured in ounces, his body was no bigger than a coke can but his tail…oh what a tail! Easily twice the length of the rest of him, it was striped like a raccoon’s and its normal state was distinctly, spectacularly, puffed up. It was a bold feature and he knew it, and for the rest of the weekend when he wasn’t sleeping on my shoulder he was parading around with the tail raised to the sky with the end curled over like a question mark.

That would become his trademark…that question mark. That outsized tail, along with enormous paws for such a tiny kitten would herald his growth into the 22-pounds of muscle he would eventually become.

A man’s cat, if there is such a thing. Friendly, approachable, and yet fiercely protective of the wife and our household. A cat still, make no mistake, looking over his shoulder at me with disdain if I tried to call him inside, but he would come running if the wife called…

Strong and solid…with rippling muscles under all that fur. It never ceased to surprise me how dense and muscle packed he was when I had to pick him up. He was always exceedingly careful and as far as I know, never harmed or so much as deliberately scratched anybody. A casual strength.

He was lord over the dogs when we had one…when the dogs bothered to notice that is.

He even took it on himself to protect the pack of little girls next door (one family, 8 kids in 8 years, all but the last girls)…one day I heard a commotion outside…happily screaming kids running down the street, and I happened to look out to see what they were playing with.

I beheld an amazing sight. Casper, loping down the street at a very good clip, dragging one of those cartoony, six-foot long stuffed toy snakes. He was being chased by the pack of little girls. I shook my head and went back to what I was doing. The girls tell me that it was his sworn duty to protect them from stuffed animals and anytime they brought one outside Casper made off with it. He was fond of Nerf footballs as well.

And he lay there dying. We hadn’t realized he was sick until the day before. He was always so strong. He seemed down. He wouldn’t come in, even for the wife, but he didn’t run away either. She picked him up and carried him in. When I picked him up he let me hold him, not trying to get down. That’s when we knew he was really sick. He liked contact, but never before to be held.

Carey took him to the vet, a caring and competent man. Severe respiratory infection. “One sick cat.” Says the vet.

They provided antibiotics, but they take time to work. They guessed midnight would be the turning point.

He got worse. Severely worse after hours on Friday. Help was too far away…any that could actually help that is. Do they even do intubation on pets? That’s all that could have saved him. A tube in the lungs delivering oxygen and the drugs to open them up.

Help was an hour or better away. Death was only minutes. Death won.

They tell us not to anthropomorphize our pets…that is, not to apply human emotions or traits to the actions or behaviors of our animals.

It’s a message lost. I was raised on Disney. And I know better anyway.

There was fear in his eyes. That’s why I said in the beginning that we all die alone. There was nothing I could do, no comfort I could provide, that would ease the fear. This battle and the consequences were his alone. We both knew he had already lost.

There are those that believe death is a transition…a release…a better place. I’m one of them. But make no mistake…death is a thing to be fought…tooth and nail…to the very last. He fought, but he lost. I could not even ease his transition.

With a single forlorn cry…his first in the incident…he took his last breath and stretched out…grasping with his claws at the rug. Ultimately alone.

A part of me is too.

Understand, I’ve been around. I’ve lost pets before. I’ve not attached an unhealthy significance to them. I’ll deal. Life goes on and all that.

Nevertheless, each one takes a little bit of me with it. Not sure why I keep on with new ones.

Still, even now the newish kitten that adopted us a couple weeks ago (with my Mom’s help of course) is snoozing upside-down and half on the keyboard, getting pets, purring, and making this more difficult to type even whilst making my day a little brighter.

See you on the other side buddy. Some good friends preceded you. Say hello to them for me. 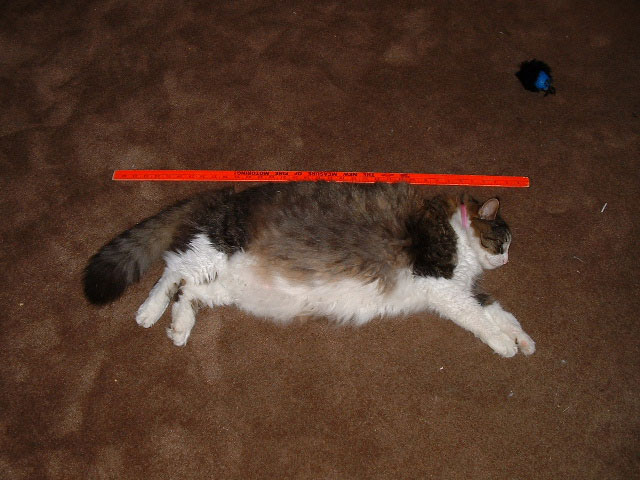 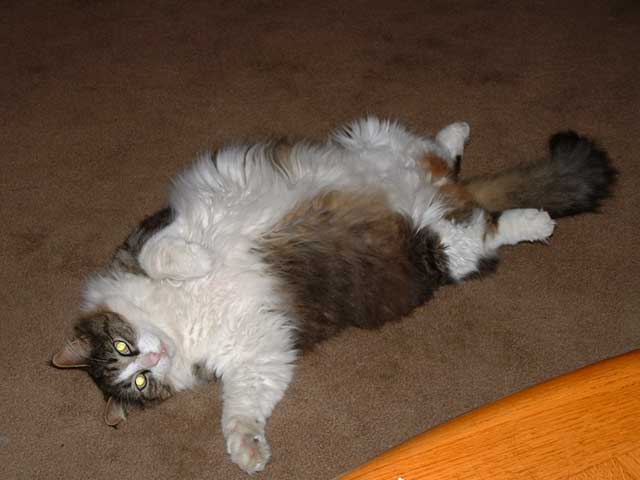 One Response to Casper the Maine Coon