Y’all might recall my very favorite splice (story at this link).

Here’s a picture of the offending electrical monster:

Well, I’d like to introduce you to my second favorite splice…or perhaps it is actually My Very Favorite Splice, Part Deux, The Sequel…This Time It’s Personal, The Revenge…or something like that. Yeah, okay, so I’m carried away with all the movie title sequel sequences flying about nowadays.

In tearing down the shed/cover thing <--linky, I have encountered and killed yet another, very favorite splice. Pictures to come soon of the post tear-down and the new wall and deck... For now...on to the splice! The folded over wire came down from the side of the house above, where it was spliced into one of the two knob and tube feeds. Bare wire, and swinging in the wind. Sigh. [caption id="attachment_1588" align="aligncenter" width="480" caption="A splice from above"] 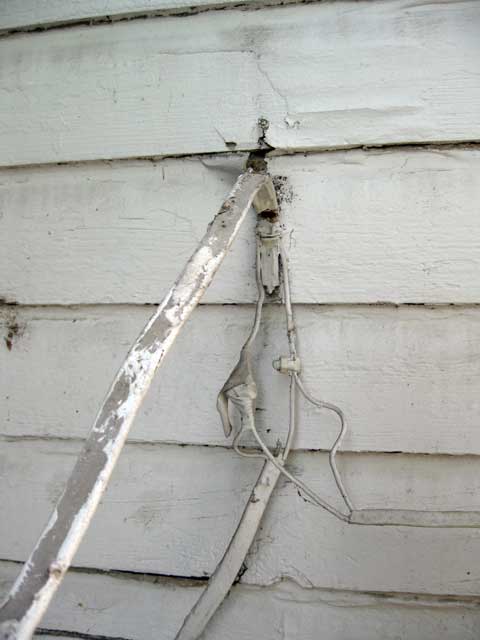 The heavy wire continued under the house, and to the washing machine area.

I’m assuming the bare side of this splice was the neutral, but I didn’t check. Note, despite the house-paint as insulation, still not particularly safe even if it was the neutral. This is in an outside damp area, and the neutral can be as dangerous as the hot, especially if you manage to get grounded better than the neutral actually is. Ah well. 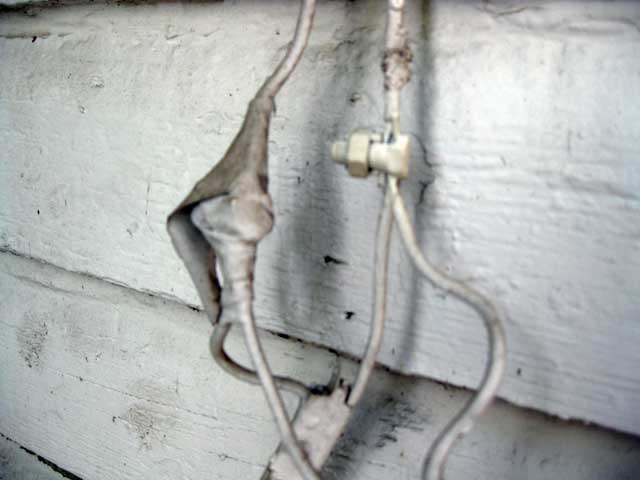 It sort of meandered across the wall, where it was tied to the washing machine drain vent, which wasn’t glued to anything. I haven’t decided which was holding which up. 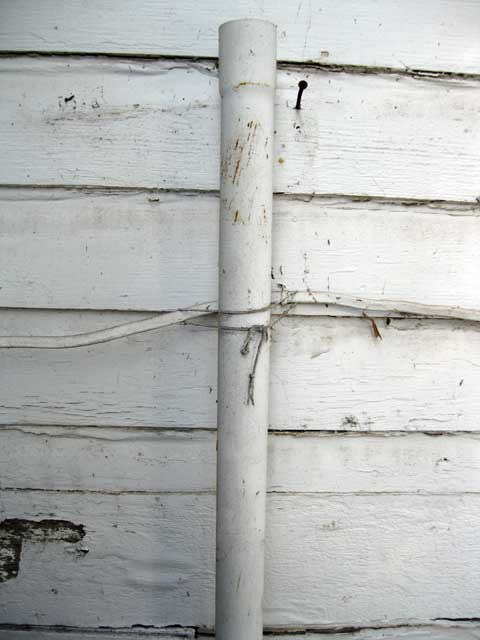 And into the plug box. Note the zip cord that is hard-wired in. 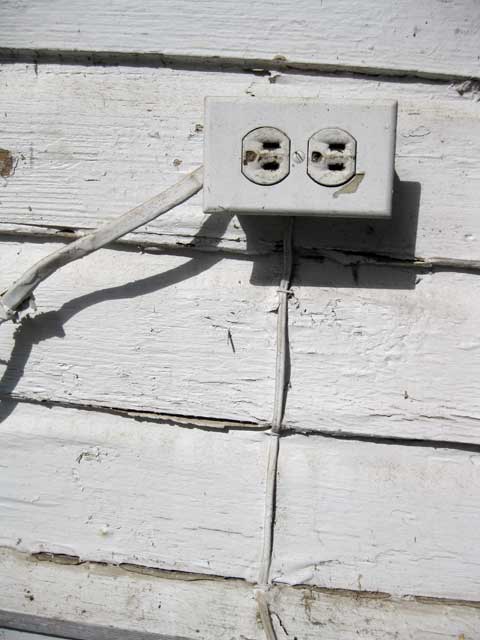 And the zip cord goes where?

The zip cord goes under the house. I’m not sure where or why, but I cut it loose. Nothing quit working though. Next time I have to venture under, I’ll see where it went, just for curiosity’s sake.

I'm not sure I want to know what that fed...

All of this was removed and discarded of course.

One more step to all the old electric being gone out of the house. I can’t tell you how much better it makes me feel to have this area cleaned up and the splice gone.

Things have progressed to the point where a lot of the basics are done to the point that several projects will move faster. This is waiting on that etc…