The Ghost of Christmas Past…

We’ve not spoken in a few minutes…a comfortable silence…each absorbed in our own tasks. Alone, yet only an arm’s length away. I find myself staring across the table at her…suddenly somber and pondering the world and my place in it.

Holidays often bring a melancholy mood. Expectations. Societal pressures to give and receive. The desire to visit and celebrate and gather with family and friends. Most times all of that cannot come together. Occasionally none of it can. Work. Life. Family strife. Money. Distance. All of these can and do impact our hopes and plans…or wishes.

The end of the year also seems to require review. Did we succeed? Did we improve? Can we see the future? Do we regret? It’s made that much more pensive when our plans haven’t come together or we’ve simply run out of time.

That’s reality. There’s no failure here…but it often times feels like it.

Christmas Eve. We’ve some family coming for dinner. We’re missing others. Time. Distance. Money. Life…and death. All of those things conspire to dampen our spirits.

I suddenly recall another Christmas Eve…a long time ago on a dreary evening just like this one. Our first together as husband and wife in fact. Twenty-five years…

1991. Dreary, drizzly, cool, and damp. Staring at my lover sitting across the table from me…absorbed in her own thoughts, writing out some more cards for the season. It was to be our one indulgence. Cards. It was a stretch to afford to buy the stamps.

Our plans had come apart you see.

Family was all far away or otherwise occupied this year. We had turned down one invite simply because we couldn’t afford to go. We didn’t have the gas for even that paltry distance. We were still fighting our way out of the mire of poverty. My job was holding up…and I was working side jobs on my days off…as well as putting myself through college full-time, but “things” conspire.

I’d paid my tuition for the upcoming spring college semester a couple weeks before…and later on the same day I found out my boss had “finessed” our company’s “tuition reimbursement” plan so that I couldn’t use it. The terms were vague. He interpreted them to suit himself. Big fish. Small pond. Empires. He was ex-military and looked WAY down on any that were not…no matter what prices we had paid in other ways. His word was final.

The company encouraged education. He didn’t. I was good at what I did you see. The best, usually. I still believed that the hard work and dedication would pay off.

When I objected, he flat told me, “It’s not my job to help you advance. It’s my job to keep you right here.” The last two words punctuated by his fist hitting the desk. Seems I made his job easier.

He’d also declared that if we worked the holiday (we usually had to), that we’d no longer get double time…we’d have to take a day off (of his choosing) later instead. He usually did this by announcing as you walked in for your shift, “You’re off for the day.” A day gone…and a commute…

I’d have walked out right then…but it was more than just me to think about. That lady that put her trust in me deserved better. Responses should be measured. Thought out. Bitch-slapping the boss is neither of those.

But plans were falling apart. The tuition and books had doubled in price every year. As a working-class white guy I qualified for nothing in the financial aide realm despite a 4.0 gpa so far. I’d often found myself paying two or three times the tuition of my classmates simply because “me” was the only group that didn’t qualify for something.

Shady loans from government funded “tuition centers” had stupid-bad terms and required arts and business majors. I concluded after looking at the terms that they were targeting people that couldn’t do math…and requiring degree plans where they’d never learn any.

I was on the engineering track. No monies for me. No helping hand. Work my way out or drown.

It’s always been so. It always will be. In today’s speak, that’s my privilege.

Sink or swim. Work or die. Guess I’d better get to work.

I didn’t want to bail on the college though. I could see where technology was going…particularly into image and printing production…and I was IN the field…I wanted to be one of the ones ushering the tech.

The wife and I talked it over. Decided we’d just have to cut somewhere else to cover it. Hard to do when your grocery budget is $20/week.

I’d lined up a few more side jobs and worked myself to exhaustion. I covered the bills. Barely. The equivalent of two full-time jobs…and a full-time course-load.

Lots of sacrifices. One of those was Christmas.

At one side job (electrical) I surprised the man that hired me with my rapid and quality work. I had to be rapid…I needed to get on to other jobs as fast as I could. I needed the money.

The quality was just my pride. Why do it if you’re not going to do it right?

As a bonus he gave me a small turkey and some other fixings for a holiday meal. It was a “care package” kind of thing he was giving his own employees for the season.

I was thrilled. I could bring home the feast. Pasta casserole with a little ham thrown in was all we could afford…and that’s a poor “First Christmas” meal to provide my bride.

The small turkey is in the oven. The house smells of the holiday. My lover is filling out cards to mail our friends and family since we’ll not see any of them this holiday…

…and I’m staring across the table at her. This is supposed to be a time of joy and family and friends and here we were…just the two of us…in our little mobile home in country…with barely enough budget to pay for the gas so I can get to work till the next payday. We don’t even have the entire night together. I have to go into work soon and will be there all night and most of the next day.

I look at our pathetic little tree…maybe two-foot tall fake thing…that I had bought as a bachelor (and kind of a joke) a half a decade ago. She’d hung a few heirloom family ornaments on it. It was shedding plastic needles like a dried out real tree. There were maybe three little lights on it that still worked.

Have I failed? We were only holding our own…if that…and there was nothing more in me to give. Was it enough?

And then she looks up…cocks her head…and smiles. The kind of smile that shows even through the eyes. Mirrors of the soul and all that.

Souls. She seems to read a little of mine. “We’re fine babe. We’ll make it.”

And that’s all it took. The melancholy vanished like it never was. It was Christmas, and we were together, even it it was only for a couple more hours.

Fast forward…twenty-five years…to today. I stare across the table at my lover and wonder where the time has gone. So many things had changed over the years…but many were the same. We had plans for this Christmas. Some of them were working out. Some not. We’ve lost friends and family this year. Had tough times as well. Storms and thieves and the universe’s perversity hit us hard again.

Hard enough this year that again I wonder if I’ve failed.

And then she looks up, cocks her head and smiles. That same smile she had twenty-five years ago at our first Christmas…and I’ve seen countless times since. That smile that says that yes, things will change. We’ll get older and lose friends and family. Money will be tight…or not…but none of it really matters.

And that’s all it takes. 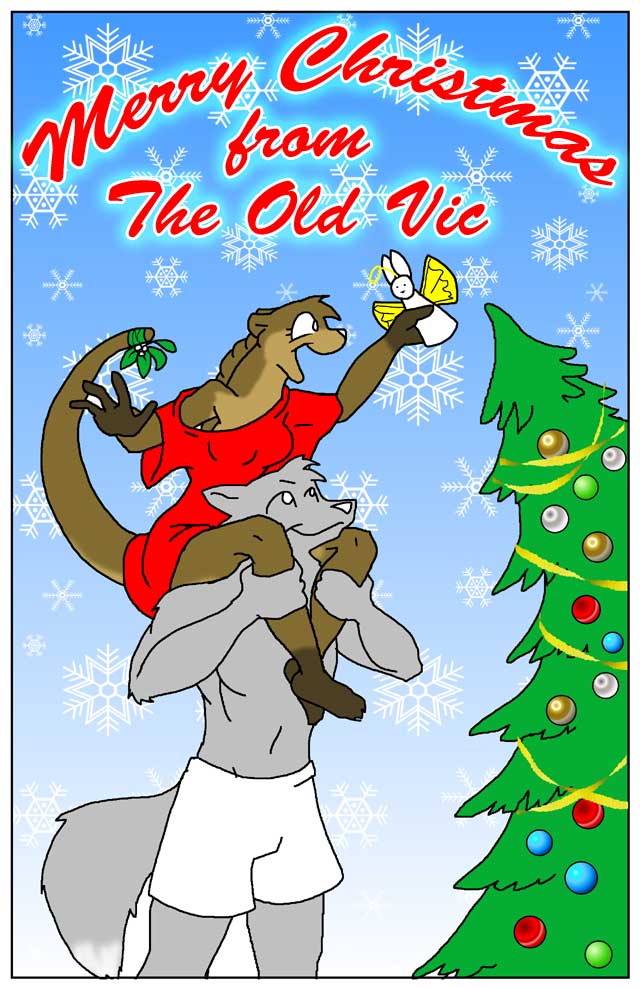