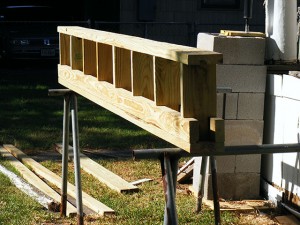 Y’all might recall that Saturday, I built a box beam for the front porch header…and prepped it for install…all the while managing not to kill anybody or destroy anything (major).

We installed it Sunday! The first segment is a success! Multiple careful measurements, a careful build, trimming, and calculations meant we only had to hork it up there twice. Ugh. Thanks to my friend Mike for the assist! 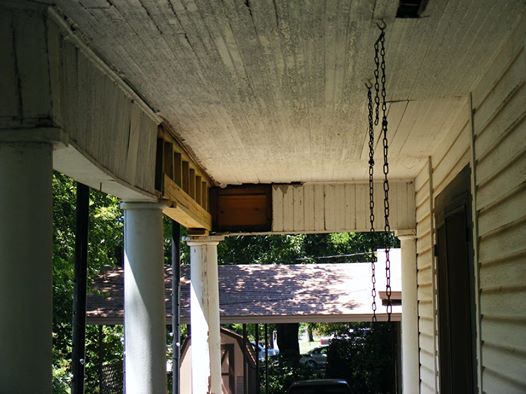 Fits perfectly and it’s much stronger than the original, allowing me to pull everything back into line and get it straight. Everything is pulling together very nicely. I’m very pleased.

Next week, I’ll do the next segment…which in the pic above appears not to line up, but that’s due to the fact it’s not actually attached to the rafters…rather…it’s just sitting on top of the column. I expect when I uncover it to find significant deterioration. I do believe I need to pick up a couple more jack poles though.

After segment two is built and installed, then I go to work on porch structure and deck…and then column replacement…and after that…I’ll get to start on the porch railings…which was the start of this whole project.

That box beam is a pretty thing…it’ll seem almost a shame to cover it up. 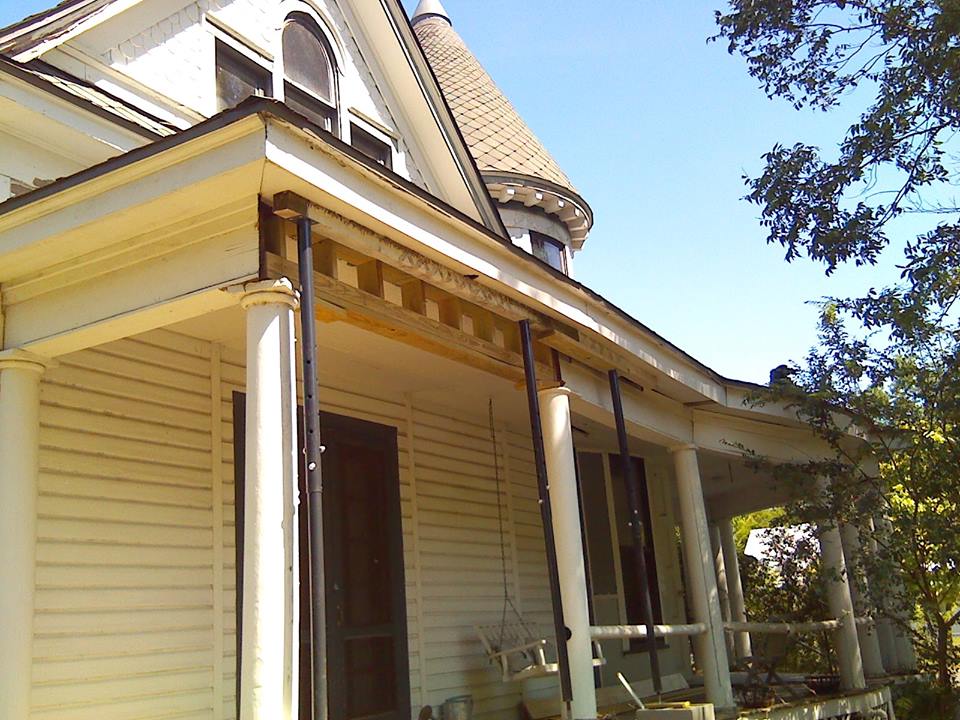 Oh, and nobody died (AND we can use the house again) so we consider the weekend a rousing success!