A bracket. Just a small thing. Almost nothing. But that’s how it always begins. Very small. 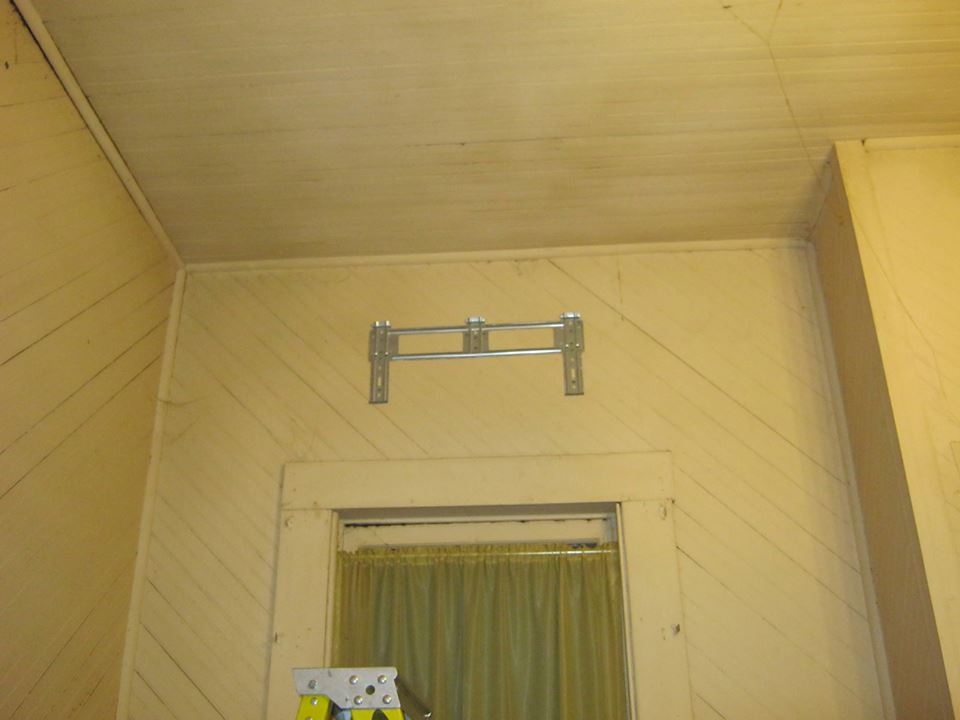 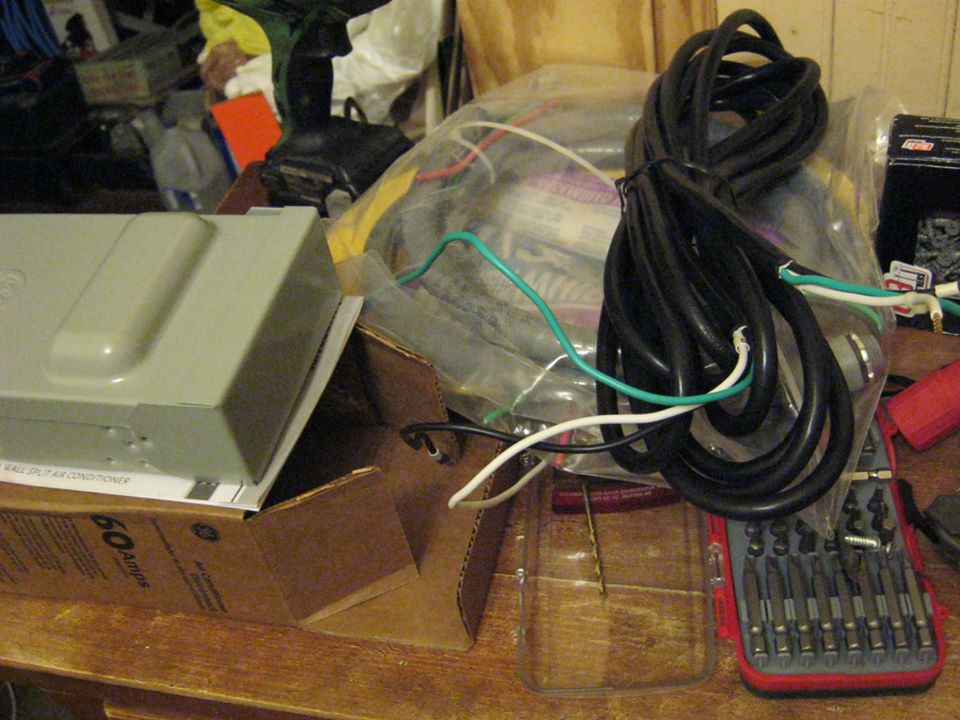 Parts is parts. I doubt this is enough stuff.

Oh look! Some more parts. I don’t think we’ll need the small kitchen appliances for this install, but it’s possible. 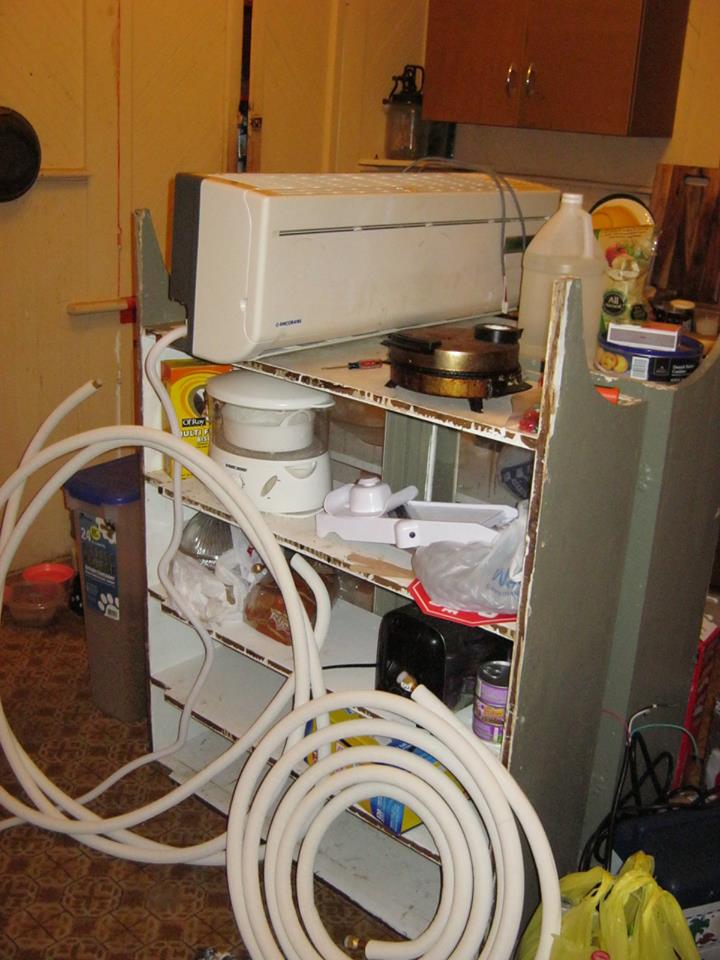 Oh look over there! More parts!

Even bigger parts on a pad outside. 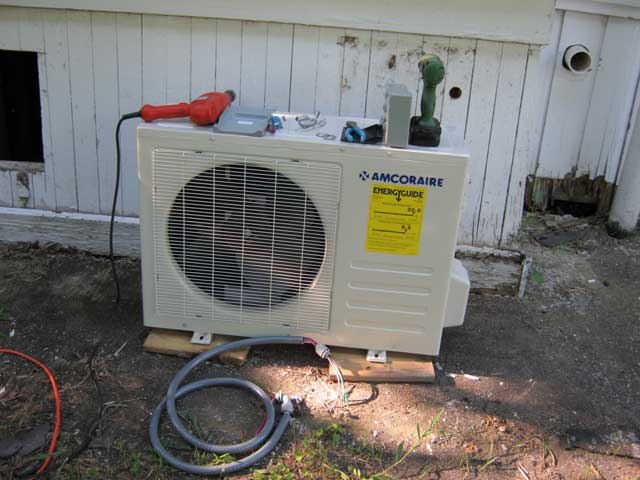 Yep, we’re adding another ton. A very quiet, extremely efficient (SEER 20) heat pumping, dehumidifying ton. I’ve finally got all my stuff together…but then the old CCR line runs though my head and I find myself singing, “I hope you’ve got your shit together, I hope you’re quite prepared to die.”

So…ready, right? Tools assembled. Unit assembled (has to come pretty far apart to attach control wires/etc). I’ve got everything but the trim to hide the lines (that’ll come later when we are painting and putting cabinetry in the kitchen), so, I decided…a big push to get this in and running…

The 105 degrees Friday and the weird noises out of our struggling window unit are simply small additional motivators.

Any bets? I was feeling a BIT stubborn at the moment…as in, this will run this weekend or I will END this world trying…

So…why the mini-splits? Well a couple reasons. We ARE in Texas here…AC is mandatory, and one of the reasons big ol’ houses get neglected is because they can be expensive to heat and cool. A central system zoned far enough and efficient enough to tackle this monster efficiently would cost…and I mean this literally…more than we paid for this house. We were also hesitant to cut the place up to install ducts everywhere.

The house was partially equipped with window units, and we added a new one in one room…but the old ones make the entire city go dim when they fire up. I mean, we have this one monster…it was built during the revolutionary war…and TXU has to spin up another steam turbine just to get the thing started…and oftentimes strategic response aircraft are put on standby till they verify the source of the compressor noise. It apparently triggers vibrations similar to a Soviet era submarine on an attack run off the east coast…as it collides at high speed with an ocean freighter hauling surplus calliopes…played by a pack of rabid weasels that don’t like sinking. (wanders off singing, “With this very unpleasin’, sneezin’ and wheezin, the calliope crashed to the ground…The calliope crashed to the ground!”)

Of course, the new window units pretty much suck at their job too. They are noisy and do not remove enough humidity…another criticality here in north-east Texas. Not to mention power hungry.

Yeah, I don’t like window units…too noisy, not efficient, and they take up my very pretty windows in the old Vic…permanently…see, they are not removed seasonally. We DO a lot of cooling here. The “not-cooling” season is from January 9th to the 12th.

So…criteria: Affordable. Efficient. Scalable. Zoned. NOT noisy. NOT in my windows. Yeah, this is the ticket.

Kind of a pain in the whazoo to install though…

So…did we make it?

Of course…the world’s not ended, yes?

Well, it took three times as long as I thought it would, but it’s installed.

Ran the pipes and wires, got everything hooked up, and vacuumed down the lines. Once done, open the valves and there ya go!

The cry of “IT’S MAD SCIENCE!!! BWHAHAHAHAHAHAHAHA!! (snif)” echoing through the city Sunday at 2:32pm was me, just before I threw the breaker. There were no bolts of lightning. No brown out. No explosions. Nothing exciting except cool air. They really need to add more operator entertainment to this kind of thing.

I’m going to bolt the outside unit down to the concrete, and have better leveler boards for that than is shown in the picture, but I need a hammer drill for that and to pick up some lead/lags to do it, so that will wait till next week. 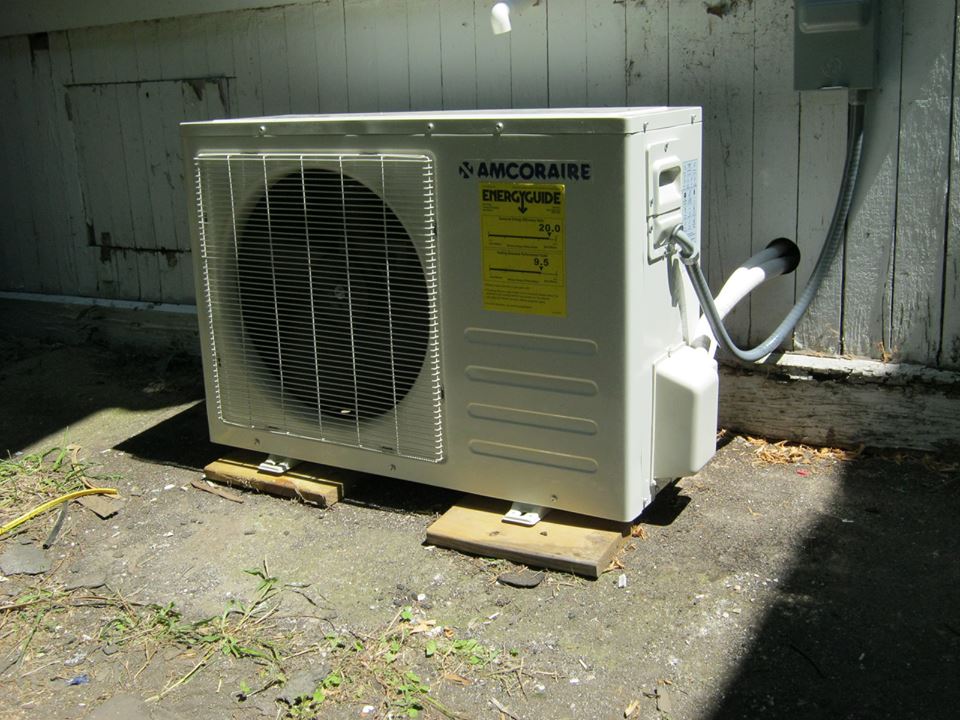 The outside unit installed

Need to hide the control panel cable on the inside unit, and there is a sort of cabinet-top trim piece that we are going to install that surrounds the thing that will hide the pipes on the horizontal, and they’ll be covered on the vertical by a cupboard…that kind of stuff doesn’t go in till we get it refinished and some paint on the walls. You CAN run the pipes through or in the walls, but we don’t want them dangling all over the outside of the house, and in the case of this room, will be well hidden by the cabinetry going in later so there was little point in the destruction it would have taken to get them in the wall at this location. Other locations in the house have better access or similar opportunities to hide the stuff. 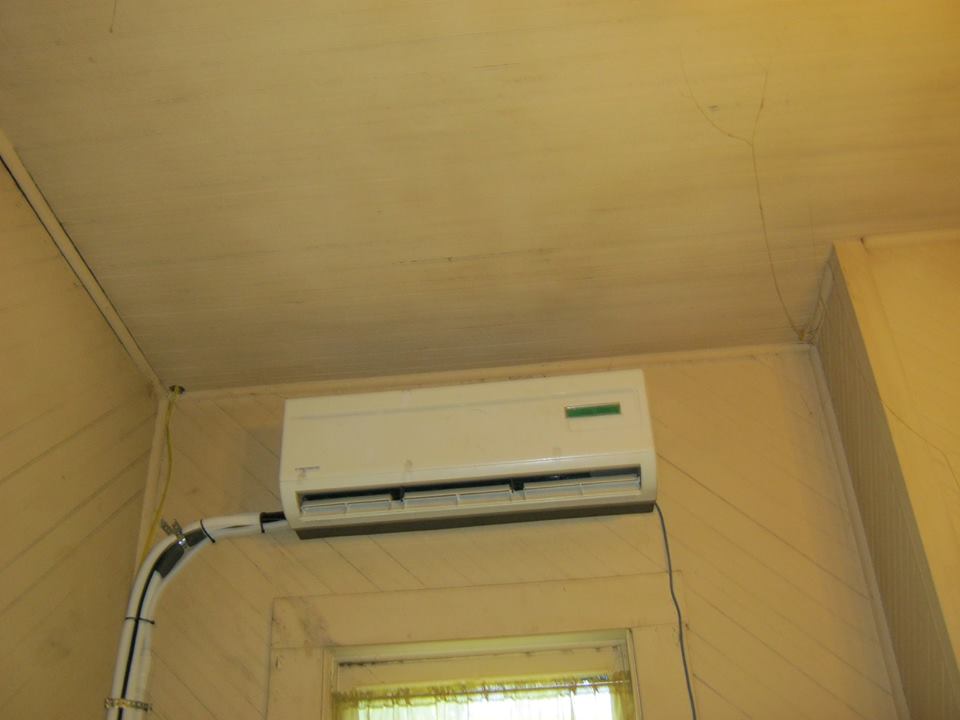 The inside unit installed

That unit BTW…is over 10′ up on the wall and you don’t even notice it. Except for the cool air of course…cool cool blessed dry air….

Just to make sure the project was a success, I cut my thumb on a piece of strap so I bled for the project. That blood sacrifice is required for anything to be trouble free later, so hopefully I’ve got that covered. As a matter of fact…I bled on the stove, the counter, the wall, the carpet, the dining room table, the dog, and the bathroom sink, so I expect no trouble out of any of that stuff for the foreseeable future.

The initial costs of the unit is quite a bit more than a comparable window unit, and certianly more difficult to install, but well worth it with the efficiency and the quiet.

I DID mention the quiet didn’t I? You almost can’t hear it running. A whisper really. The window units *rumble*.

And I believe…that’s enough project for one weekend!

Now…I just need to install about 10 more of these things.

edit: Annnnd the results on heating costs are in. Impressive. Go here for that report!

Author. Adventurer. Electrician.
View all posts by Daniel Meyer →
This entry was posted in Heat/Air Conditioning, Kitchen. Bookmark the permalink.

One Response to 1st mini-split