Can you hear the scary music?

There are terrifying things afoot in this picture: 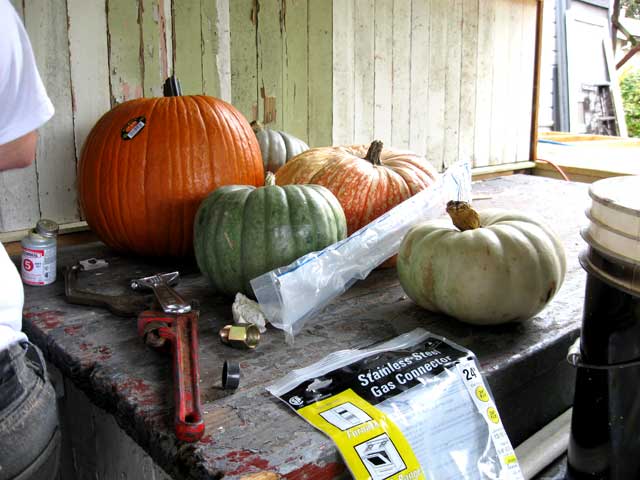 This picture was taken by the wife…catching me working on the water heater. There are scary things going on here.

That the wife caught me working is scary enough…but that’s not it.

The fact that I managed to use nearly $200 worth of parts to simply hook up a water heater is truly terrifying…but is not the point here.

See the pumpkins? The wife probably thinks I’m losing it…as in crazy…but they are stalking me. Yeah, the pumpkins. They weren’t there when I started…they just began showing up! First one…then another…then a third. Closer and closer they came…only moving when nobody was watching. The eventually crowded me out of that workspace.

And…I swear, one of them stole my pipe wrench…

And if a pumpkin with a pipe wrench isn’t a scary thing…I don’t know what is!

Halloween is coming! Spooky things are a-brewing at the Old Vic!